Eureka Entertainment have brought to Blu-ray silent film The Son of the Sheik. Presented in a new restoration for the first time on home media, it stars Rudolph Valentino in his last role. The Son of the Sheik is in good company as it joins the ranks of Eureka’s Masters of Cinema Series.

Also starring Vilma Banky, George Fawcett, Montagu Love and Agnes Ayres, the whole cast is stellar. Modern viewers may feel less familiar, but what this film lacks in well-known faces (in present-day terms), it more than makes up for in acting quality. The lack of speech could be off-putting, but these films were so accomplished and well put together that speech is not necessary to tell the story.

This may have been Valentino’s final part, but is also regarded as one of his finest. Deservedly so, as he is playing a dual role here: father and son. He is both the titular Sheik and Son. I must admit to being astonished by how brilliant and seamless the appearance of two Rudolph Valentinos on screen together at once is, in this era.

Award-winning director George Fitzmaurice creates a masterfully paced film. The balance between drama, suspense, action and comedy is perfect. The cinematography is beautiful. The crisp, picturesque landscape shots are just as breathtaking as the close-ups. This is no doubt aided by the recent high definition restoration. It does not look like a film made in 1926.

The Son of the Sheik is a sequel to The Sheik, a film Valentino made 5 years earlier. Here, the Sheik’s son Ahmed (Valentino) meets Yasmin (Vilma Banky), a dancing girl forced to front her father’s gang of cut-throats. They fall in love instantly and agree to meet later. But when they do, Yasmin’s father’s gang follows her and attacks Ahmed, imprisoning him intending to demand ransom. He manages to escape, but not before Ghabah, chief cutthroat, poisons his mind against Yasmin.

Convinced that she betrayed him, he takes her back to his camp and keeps her there against her will, intending to punish her. Meanwhile, Ahmed’s father the Sheik returns home to find his son still away. Here the film refers to The Sheik, giving us a memory scene between the Sheik and his wife. This opens up their world a little, bringing the audience in.

The Sheik starts out to find his son, and here the action really begins. Will Ahmed find out that Yasmin was true to him after all? And how will they get away from her father’s gang?

Although made in 1926, The Son of the Sheik holds up astoundingly today. It is visually breathtaking and features a brilliant musical score by Carl Davis, which really enhances the storytelling. Both leads, Valentino and Banky, bring real emotion to their roles. Neither the acting nor the execution of the film as a whole are remotely stagey.

The Son of the Sheik is a very compelling film with rounded characters and heartfelt acting. To touch briefly upon the contemporary treatment of race and sex, it could be seen as quite offensive when viewed through modern eyes. However the distance of nearly a century seems to put this into a historic context, so that these issues don’t seem so central as they would in more recent works.

Overall, this film well and truly deserves a place in Eureka’s Masters of Cinema series. All involved warrant that accolade. Thoroughly enjoyable and at a 69 minute running time, The Son of the Sheik is well worth a watch.

This new release includes a couple of surprising and welcome extra features:

The Son of the Sheik Blu-ray

Sun Feb 2 , 2020
Word games have been a huge part of game shows and always will be. Ever since their prominent introduction to the genre in the 1960s, there has pretty much always […] 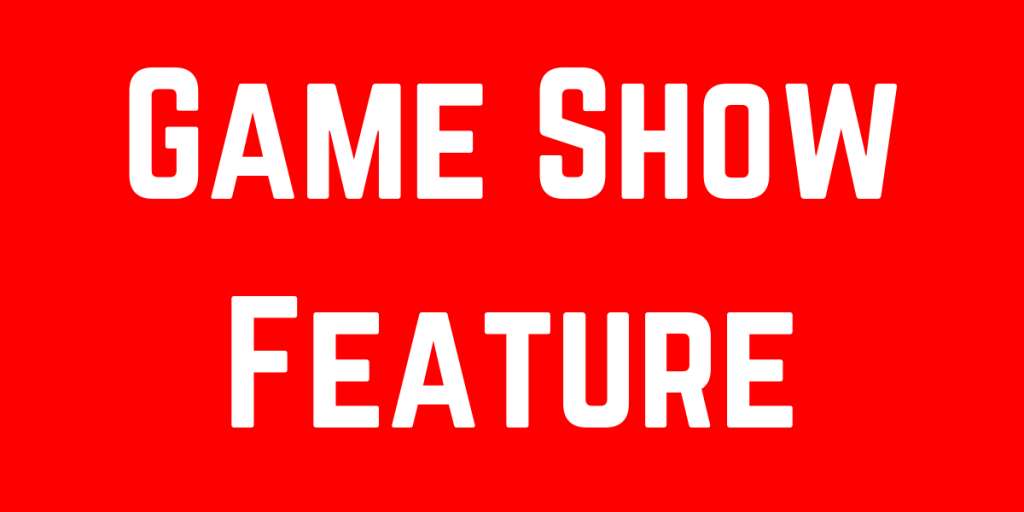