Stanley Kramer was known for tackling controversial issues in his films, this provocative courtroom drama is up there with the best of them.

Eureka Entertainment is about to release a dual-format edition of Stanley Kramer’s classic film Inherit the Wind, starring Spencer Tracey, Frederic March, and Gene Kelly. The film was adapted from the Jerome Lawrence – Robert E Lee play, which itself was based on the real-life Scopes “monkey” trial of 1925. As part of the Eureka Classics strand, this entertaining and thought-provoking film is about to be released onto Blu-Ray for the first time in the UK. as part of a dual format edition; but is it worth checking out?

The story revolves around the court case of a small town teacher, who is brought to trial for teaching Darwinism. Defended by his attorney Henry Drummond (Tracey), they face off against the prosecution of fundamentalist leader Mathew Harrison Brady. What follows is a series of events based in and out of the courtroom, as both sides try to put across their argument. It’s a powerful drama filled study of science, religion and human nature. Its vision lead sequences are few and far between, but the effectiveness never dwindles.

What it may lack in action, it makes up for in dialogue. Most court dramas are known for their long speeches that go on forever, this one left me wanting more. This is an intelligent film where words matter, points are made and the court has its say. The linguistic prowess of the script is what makes it powerful, along with the excellent performances of the experienced cast. Tracey and March, in particular, are so effective that they leave you hanging on their every word. Through the magic of cinema, a somewhat boring premise turns into a fascinating delve into the creationism vs evolution debate, told by opposing sides in a heated courtroom. The Film also features Gene Kelly in a rare dramatic role, which he does competently as the wisecracking reporter E. K. Hornbeck. While I initially expected him to crack out a dance number during a tense moment, I was swept away by the narrative and the questions raised. I was initially sceptical that the film would be too long, but its length is just about right.

As with many film releases of this age, the special features offered feel a bit thin on the ground. While this would normally be a setback, I don’t believe it matters in this case. What is included is a new video interview with film scholar Neil Sinyard and the original theatrical trailer. The trailer, as with some examples of the time, contains clips of director and producer Stanley Kramer introducing topics expressed in the film. For any historical film buff, this is a treasure on its own.

I always try to maintain the notion that something of age need not be worthless, but rather add some extra value and color to the modern world.  I initially scoffed at the idea of this film, as it was in black and white, and just over 2 hours long. Courtroom dramas have a habit of being long and drawn out, but I hung on their every word. This film is nearly 60 years old, but maintains its relevance and remains as tense and as gripping as it ever was. The only disappointment is the little number of special features, but it can be excused due to the quality of this film. If you have never seen it, buy a copy and enjoy some of the best classic drama out there.

Inherit The Wind is available on Amazon 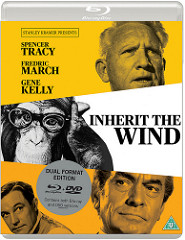 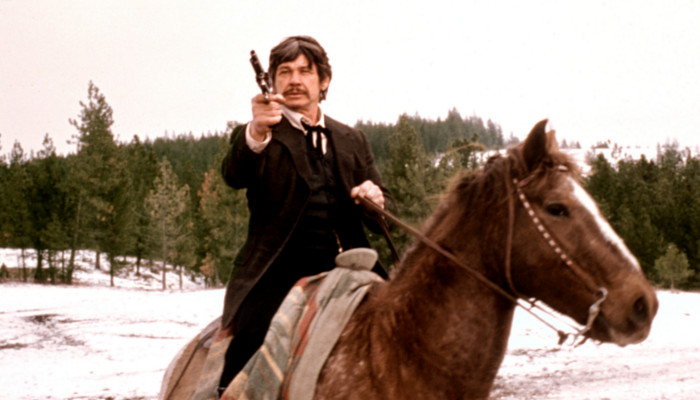