There was a period around ten years ago when I began to assess recordings made in the first wave of Rock n Roll. Everything from Elvis Presley, Jerry Lee Lewis, and Chuck Berry to Buddy Holly passed through my speakers. Upon reaching the work of (Little) Richard Penniman, it took things to another level. From the moment the vocals blast from the grooves of the record, few can match the energy and eccentric style of Little Richard.

The 11000 series from Bear Family Records is a selection of limited edition vinyl reissues of rare and sometimes pricey vinyl collectables. This new addition to the collection is a Japanese album from 1962 called ‘The Best Of Little Richard’; originally released on the London/King label. Limited to just 500 copies pressed on coloured vinyl, is this 10″ record worth picking up?

When I got my hands on this release, the attention to detail was impressive. Comparing images of the rare original with this new version brings up very few differences. The reproduction of the artwork is convincing, with all Japanese text left in for authenticity. The change of the label logo is possibly the most striking alteration, but the Bear Family design fits comfortably. A coloured vinyl does not really appeal to me, but I can appreciate the advantages; It distinguishes it from the original release and looks attractive.

The tracklisting comprises recordings from his ‘peak’ period on Specialty Records in the late 1950s. The selection is fairly standard and can be found on hundreds of compilations, but is enjoyable nonetheless. Bear Family has been known to add tracks onto the end of sides to bolster the selection, but not this time. Something of an album experience, the placement of fast and slow numbers are evenly balanced. Some fans might question the omission of big hitters like ‘Tutti Frutti’, ‘Rip It Up’ and ‘Long Tall Sally’, but they bill this as a ‘Best Of’ rather than a package of the greatest hits. It must also be considered the original audience of this release, who may have favored other tracks over American favorites.

It is clear that the recordings were sourced from high-quality sources, as the quality of the sound is exceptional given the age of the material. Much of the production may sound a raw to modern ears, but it gives it a frantic edge. The grooves laid down by the rhythm section are sometimes far from crystal clear, but they still do the job. The limitations of the recording equipment give the vocals an overexposed distorted effect, but this adds to the tracks. I have run into a few Little Richard releases that have songs at the wrong pitch or speed; this one is perfect.

Bear Family Records have created a vinyl reissue that they can be proud of. The attention to detail gives the release an authentic look and an even better sound. Due to the limited nature of these releases, they won’t be around for long. If you’re looking to buy some Little Richard on vinyl, there may be other more accessible options out there. If you’re a collector or fan looking to own a superb recreation, look no further.

Send Me Some Lovin’

She Knows How To Rock

‘The Best Of Little Richard’ 10″ vinyl reissue is available exclusively from Bear Family Records, limited to 500 copies on colored vinyl.

The Best Of Little Richard 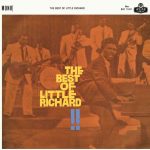 Sat Oct 5 , 2019
From the moment the first number kicks in, Chet Atkins’ involvement is immediately obvious. But as Marie progresses it is plain to see that String Dustin’ is going to be […] 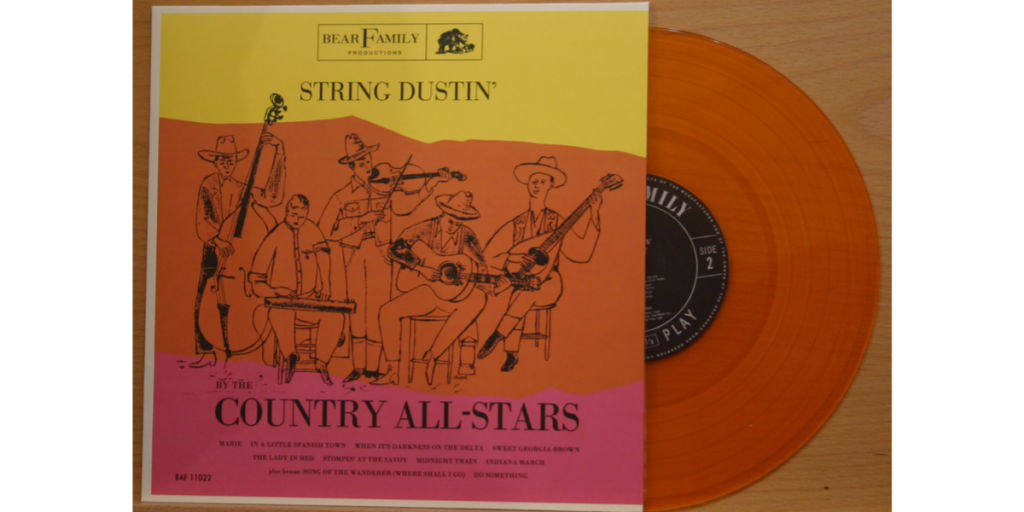