Following on from the the recent editions of 35 and 36, Bear Family Records’ long running That’ll Flat Git It! series reaches volume 37; This time focusing on Rockabilly and Rock n Roll from the vaults of Capitol Records.

This latest dive into the vast vault of this label is like a Who’s Who of Capitol’s artists from the mid 1950s to early 60s era. Many of the artists included here would go on to success in the Country music field: the likes of Jerry Reed, Bob Luman, Del Reeves and Roy Clark. Others such as Gene Vincent and Wanda Jackson were very much in vogue during their time at Capitol, while artists such as Rose Maddox and Hank Thompson were already well established in the era this compilation covers.

You can hear the searching and trial-and-error that went into artists in this era of experimentation and trying to find a sound or even gimmick to match a talent. You can see the tentative steps, for example, that led Del Reeves from the rather standard Baby I Love You and My Baby Loves To Rock to Girl on the Billboard and his subsequent reputation for impressions of his fellow country stars; or the energetic rockabilly roots which eventually birthed the frantic, fiery style landed on by Jerry Reed when he began topping the charts over a decade later with Amos Moses.

While this means that many of the numbers here are not representative of artists’ most known styles, we are given an insight into the road they trod to get there.

Performers such as Hank Thompson and Rose Maddox fill out the more established end of things with strong tracks such as the honky tonk flavoured A Six Pack To Go and Maddox’s cover of the Hank Williams standard Move It On Over.

In between, we find some robust offerings from perhaps lesser-known individuals; such as Nick Greene’s My Lovin’ Baby or the energetic Wild Streak from Johnny Fallin.

The Jodimars deserve a special mention I feel: this group consisted of three members of Bill Haley’s touring band. When the opening bars of Well Now Dig This kick in, that familiar and welcome sound is there.

At track one, Jerry Reed’s Bessie Baby starts things off with an energetic rockabilly number which sets the tone for this volume of That’ll Flat Git It! Other landmarks as we progress through the track listing include Sonny James’ I Can’t Stop Lovin’ You and Ray Parks’ You’re Gonna Have to Bawl, That’s All. Another of Reed’s tracks You Make It, They Take It is pleasantly punchy and wakes things up again around the two-thirds mark, before the whole thing is rounded off by Roy Clark and his dynamic As Long As I’m Movin’.

As we have come to expect from Bear Family Records, we are provided with a nicely comprehensive booklet containing biographical and career information on each artist and some detail on their background with Capitol Records. There are accompanying images in many cases. The whole product is presented in an attractive Digipak case, which fits in amongst the rest of the That’ll Flat Git It! series.

The material here feels consistent; the track listing is cohesive and nothing seems out of place. The sound quality is largely very high: the odd track feels like it could be from an earlier transfer, but most of this compilation sounds fresh and vibrant.

From Reed to Clark and all in between, this volume of That’ll Flat Git It! does what we are asking of it: it represents this stable of artists from Capitol’s foray into the contemporary rockabilly and rock’n’roll scene. It does so while leaving the listener satisfied and entertained. There is not too much in the way of novelty or gimmickry, therefore the listening experience of this collation is both rewarding and pleasurable. Volume 37 feels well worth picking up.

That’ll Flat Git It! Volume 37: Rockabilly and Rock’n’Roll from the vaults of Capitol Records is available from Bear Family Records.

That'll Flat Git It! Volume 37: Rockabilly and Rock'n'Roll from the vaults of Capitol Records

Sat Feb 27 , 2021
Following on from the recent addition of Frank Virtue and The Virtues to their expansive Rocks series, Bear Family Records have compiled a selection of recordings by Clarence ‘Gatemouth’ Brown […] 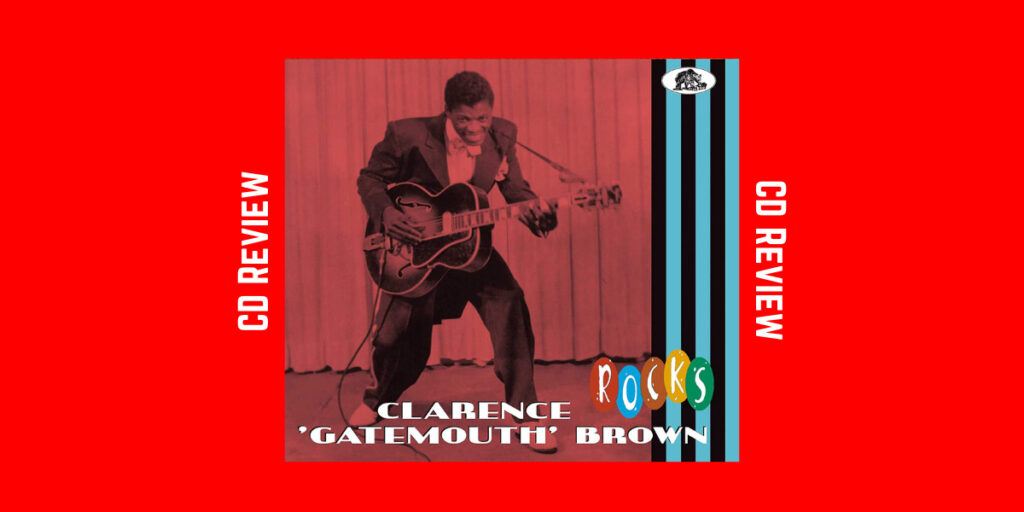