If you are wondering what to do tonight, watch Marty! Academy Award (Best Picture) winning film gets long overdue UK Blu-Ray release.

Eureka Entertainment has released a dual-format edition of Delbert Mann‘s award-winning 1955 classic ‘Marty’, starring Ernest Borgnine and Betsy Blair. Adapted from the 1953 teleplay of the same name, this film is a low key masterpiece; given new life in the UK, thanks to Eureka Classics. This release marks the first time that the film has been given a physical high definition release in the UK, but it is worth it?

The film centers around a Bronx butcher named Marty (Borgnine), who continually struggles to find confidence around women. That is until one night when he meets schoolteacher Clara (Blair) at a local dance hall; much to the dismay of his family and friends. What follows is a whimsical drama full of heart, decisions, and truth. Borgnine won an Oscar for his role in this film, and it’s easy to see why; he manages to convey all of the title character’s insecurity, vulnerability, and charm to create complex layers under the surface. Praise should also go to Betsy Blair, who was a perfect casting choice for the shy role of Clara. The chemistry between the main stars feels a tad awkward, but it adds depth. The supporting cast are competent actors but are mainly used to bounce off the leads and create situations. Although the story is fairly simple, it manages to get across the complications of relationships across the board quite effectively. If you have not seen this film, you really should.

This production does not feel like it has a big budget, but the limitations allow the story to flourish. The camera tends to linger on one angle during a scene, allowing the actors to shine. It is often said that a single facial expression can say a thousand words, that’s certainly true here. Every conversation is punctuated with pauses full of subtext; aided by basic but masterful direction. The film was shot in black and white, which I find can lead to a dilemma when purchasing a Blu-ray. Depending on the film, low budget black and white productions sometimes lack the visual spectacle of their bigger counterparts. Although this is mildly the case, the noir type positioning of some scenes backs up the decision to shoot in this format. All being said and done, the transfer was a good one, with both image and sound looking fantastic.

As is the case with most of Eureka’s releases, this edition comes with a smattering of relevant extras.The set comes with the original teleplay starring Rod Steiger, a notable addition that will have the ardent fan comparing and contrasting the differences. Also included are archival interviews with Delbert Mann and the teleplay cast, the original film trailer and a video interview with film scholar Neil Sinyard. All of these extras are very welcome, but I feel like there is a lack of material featuring the main stars of the film; this is something I would’ve liked to have seen more of.

So is it worth buying the first UK Blu-ray release of Marty, I would say yes. I had personally never seen the film and found myself swept into the title character’s confusing world of dilemmas, family farce, and complication. It also took me back to a simpler time, where the dance hall was the place to spend a Saturday night. Although fairly innocent in tone, by today’s standards, it still has the power to resonate with modern audiences. The pairing of Borgnine and Blair was an inspired one, capably supported by a decent cast. The film possibly looks better than it’s ever looked, but the limitations of black and white photography make it difficult for the casual viewer to notice the difference. Overall, this film is definitely worth a purchase if you are looking for a classic film fix.

The Blu-Ray of Marty is available from Amazon. 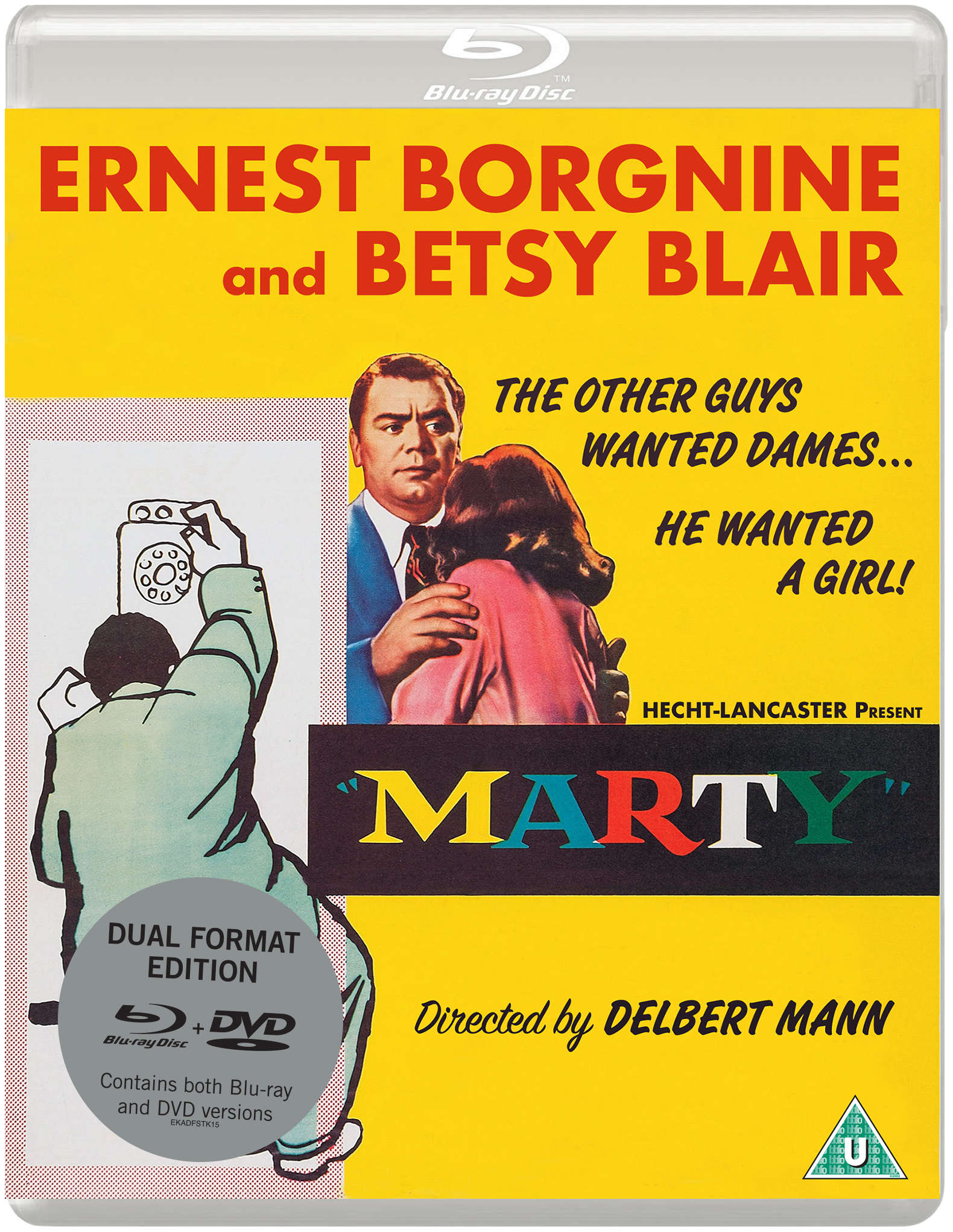 Mon Jan 28 , 2019
Stanley Kramer was known for tackling controversial issues in his films, this provocative courtroom drama is up there with the best of them.  Eureka Entertainment is about to release a […] 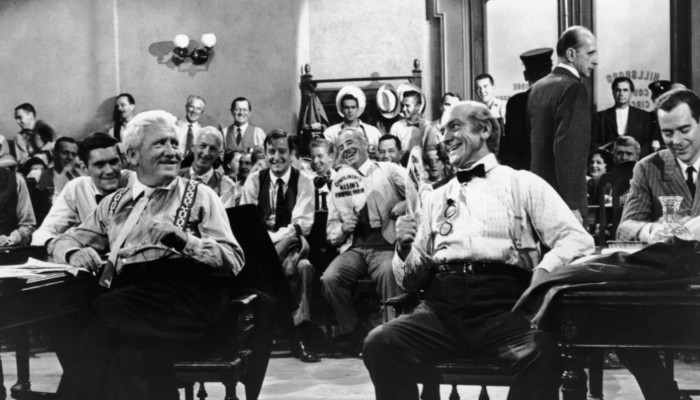