Predominantly remembered for his humorous musical recordings during the 1930s and 1940s, George Formby also enjoyed a successful film career pre and during the second world war. I first discovered his films in 2010 and immediately fell in love with the Lancashire comic’s mix of music, cheek and slapstick. Following on from recent releases of his work, Network are due to issue a new DVD and Blu-Ray of 1938’s It’s In The Air; Starring Formby, Polly Ward, Jack Hobbs and Julien Mitchell.

Formby, playing his usual character, dreams of joining the RAF. After being rejected for a job as an Air Raid Warden, he tries on his brother-in-law’s RAF despatch rider uniform. Finding an urgent communique in its pockets, he makes the decision to deliver it himself. What follows is a series of memorable set pieces that feel familiar, but reinvent just enough to be interesting. George’s usual shtick never fails to raise a smile and works exceptionally well alongside Julien Mitchell and Polly Ward; Who turn out decent performances as the Seargent Major and his daughter respectively.

The songs featured in the film include They Can’t Fool Me, Our Seargent Major, and It’s in the Air. Many know that Formby had a special ability to deliver cheeky and cutting lyrics, but his vulnerable approach to the title track showcases a versatile performer. These songs might not be his most well-remembered, but they work well in the story’s context; Unlike some other films from his career.

The transfer made for this Blu-ray is clear and looks as good as it can for a film of this age. The film is presented in it’s original aspect ratio, a nice touch. Some shots present sightings of flicker, visual noise and era-specific transitions; Giving the film an air of authenticity. The lack of any major special features is disappointing, but not surprising given the age of the film.

It’s In The Air, starring George Formby, is available from Network on DVD and Blu-Ray.

It's In The Air Blu-Ray

Sat Feb 27 , 2021
Following on from the the recent editions of 35 and 36, Bear Family Records’ long running That’ll Flat Git It! series reaches volume 37; This time focusing on Rockabilly and […] 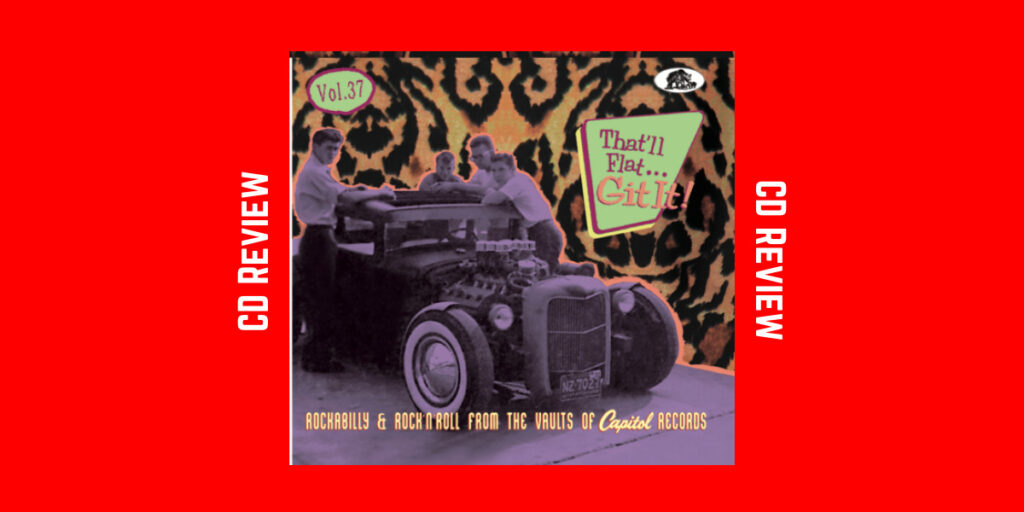