At a running time of 97 minutes, in a 1080p presentation, you can now see Sink The Bismarck as you may never have seen it.

Here in Britain, Sink The Bismarck is one of those war films that many of us know from seeing sometimes less than stellar prints on television on the occasional Saturday afternoon. I know I number among those who have always seen it in portions, never properly catching the beginning and always getting called away to dinner before getting to see the end. So when I got the chance to review the new Eureka Blu-ray release, I was naturally excited.

Starring Kenneth More as Captain Jonathan Shepard and Dana Wynter as WRNS Second Officer Anne Davis, if you have seen many British films of this era, you will be delighted to see Laurence Naismith as the First Sea Lord, Geoffrey Keen as Assistant Chief of Naval Staff, wonderfully familiar British actors such as Maurice Denham, Ernest Clark, and even Johnny Briggs!

To begin at the beginning, More’s Captain Shepard has just been assigned to the war room; basically a desk job (though a rather important one: chief of the Admiralty’s operations) when he would much rather be out on active service. However, he gets on with the task at hand with cool calculation and determination. He is not emotional, and initially this does not endear him to his new subordinates.

In some ways, Sink The Bismarck is typically stiff and dutiful, but this one is not peppered with light hearted humour as you often find with British war films. There are no team-building, rousing mess parties before the big mission. None of those cliches here. I suppose that is where it benefits from being made fifteen years after the end of the war, instead of perhaps ten years earlier.

Britain is represented largely in the command centre, apart from the battle scenes; Germany by their fleet commander, at sea on the Bismarck itself. However, the Germans are not portrayed as the rather idiotic buffoons often found in the more light-hearted, tally-ho type pictures, nor as pantomime villains. Their weakness here is depicted as pride and unswerving faith in what they see to be their cause; in proving their superiority. In the end it is this pride and blind, misguided faith which leads to their downfall.

I find Sink The Bismarck in general a lot more subtle than many British war films. It is almost solemn, but not overly so. Never over-dramatic; tense and not overly emotional, the scant few emotional moments are used to great effect and played down, very skilfully, often by More. We may have director Lewis Gilbert to thank for this, as many of his films have this wonderful, fine balance in common. I usually finish a Lewis Gilbert film feeling very satisfied that I wished for no more and no less of any element of the film.

I shall touch on Kenneth More’s performance, and his character slightly. Around 1960, More was still playing romantic leads, but in Bismarck we see them resisting the temptation to paint Shepard in this light, nor is he depicted as the tortured hero. However, the cool duty of Shepard as a character does not make him one-dimensional, and he is portrayed with honesty and sympathy; probably assisted by More’s own active wartime service as an officer in the Royal Navy.

As a release, I have to applaud the Eureka Blu-ray. Having always seen somewhat tired looking prints broadcast on television, and with certain lines or scenes cut to make it family friendly in some cases, this edition looks wonderful. Although black and white, this seems to fit the subject matter and you don’t miss the colour during the battle scenes.

Films of this era often feel flat in terms of the sound, due to the limitations of mono audio I suppose. But this release offers the option, as one of the bonus features, to watch the film either with original mono soundtrack or with an LCPM stereo track. I watched the whole film in the original mono, then went back to check out various scenes in stereo. I can’t say that it really enhanced the experience for me. What the stereo does is make it feel like there are clearer depths of sound. For example, speech sounds a lot more separate from ambience, in indoor scenes. But somehow for me this makes it feel less natural; the way it stands out is not a brilliant fit. It’s not particularly comfortable and doesn’t really feel like an enhancement, especially when certain sounds in battle scenes are brought out too much and then feel out of place. The original audio fits much better as a whole, but I like that we are given the choice here.

Other special features include English SDH subtitles, new and exclusive interview with film historian Sheldon Hall and the original theatrical trailer, the latter which I often find interesting to watch before the film. It can build a nice sense of anticipation, especially if you’re unsure what to expect.

I am a lover of film of this era, of Kenneth More, of British war films, interested in the of the war period. For me Sink the Bismarck ticks all those boxes, and more. And Eureka’s new Blu-ray release definitely does it justice.

Sink The Bismarck will be available on Blu-Ray from the 11th March 2019, it can be pre-ordered on Amazon. 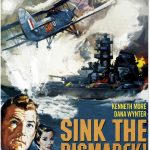 Honolulu - Tommy Dorsey and his Orchestra

Fri Mar 15 , 2019
In this series of articles, we plan to scour the vaults of The Great 78 Project, offering a review on single records available to discover in the collection. Many of […] 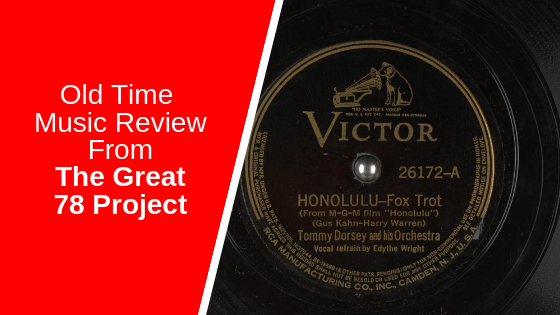