An intense drama about racial tensions makes its debut on UK home video.

Eureka Entertainment have released a dual-format edition of Joseph L. Mankiewicz’s intense racial drama No Way Out starring Sidney Poitier and Richard Widmark. As part of Eureka’s ‘The Masters of Cinema’ series, this electrifying film noir is about to be released onto Blu-Ray for the first time in the UK; but is it worth checking out?

The story revolves around Dr. Luther Brooks, (Poitier) who is assigned to treat two brothers in a prison ward; after they are both shot in the leg. Racial tensions fly when one of the brothers, Ray Biddle (Widmark) refuses to allow the black doctor to treat him.  Upon the unexpected death of the other brother under Luther’s care, Ray becomes consumed with hatred; leading to a ripple effect throughout the two communities. What follows is a provocative mix of powerful messages through words and images. The story paces steadily, but scenes do not drag. This film shows a time that has long since past, but there are still nuggets of truth within it, sometimes too many. There are moments which feel very inflammatory, making the viewer question everything they see.

As usual, Poitier is at his best in this picture; playing his character with a sense of bravery and vulnerability. Praise should also go to Linda Darnell, who plays the ex-wife of the deceased; her character gives the message another perspective on things. Finally, Richard Widmark is almost too convincing as Ray, his performance really lit up the screen. The last bit of praise should be heaped on legendary director Mankiewicz, whose use of lighting and camerawork really added tension to the picture.

Unusual for a film of this age, this set comes with a nice healthy dollop of special features. Included is an audio commentary by film noir historian Eddie Muller, a two-part documentary on the director, archival Fox Movietone newsreels and the original theatrical trailer. There is also a collectors booklet featuring a new essay by Glenn Kenny. A nice selection for the film fan, especially if they love the work of the director.

As with films of this nature, there will be scenes and dialogue that will seem inappropriate for today, but it does not spoil the piece. Instead, it serves as a reminder of the times that have already been and does so with brutal honesty. Never have I witnessed a film that touches upon such a controversial subject so deeply, but it kept me hanging on for the conclusion. If you have a want to see a film that has fine talent, will make you question things, keep you guessing and await the conclusion with tense anticipation; buy this film.

No Way Out is available on Amazon 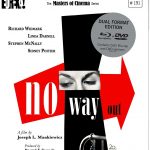 Mon Jan 28 , 2019
The idea of putting multiple albums on a CD is not a new one but has seen a surge in popularity over the last ten years. Type in any of […] 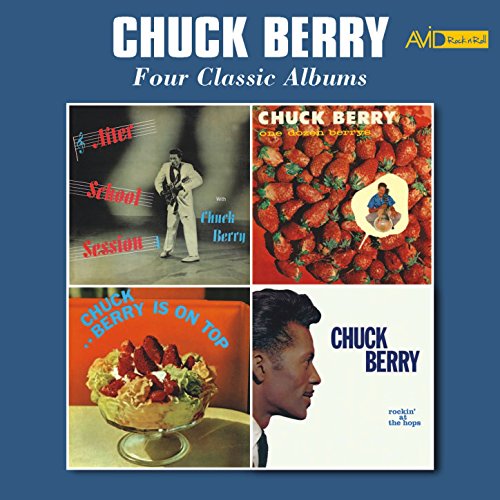