Looking for a train ride of action, excitement, and mystery? Watch this Charles Bronson classic today!

Eureka Entertainment has recently released a dual-format edition of the 1975 murder-mystery western Breakheart Pass, starring Charles Bronson As part of the Eureka Classics strand, this classic film is about to be released onto Blu-Ray for the first time in the UK; but is it worth checking out?

Based on the 1974 novel by Alistair MacLean, the story follows a mysterious prisoner-in-transit called John Deakin (Bronson), who is onboard a locomotive headed for Breakheart Pass. As things unfold, murders occur, he must fight for his life and the lives of everyone on the train. Initially, the pace is a little slow, as it sets up the characters and backstory. What follows is a tense but explosive set of events that make this film come alive! Bronson does a sterling job of conveying his character, remaining unpredictable throughout. Although this film is essentially a vehicle for Bronson, it does feature a lot of period faces that many film fans will recognize.

This film is really split into two parts, mystery and western; it alternates between the two. In doing so, it mixes intrigue and cliche to create a rather complicated plot that can be difficult to follow but gripping to watch. The complications of the story add to the suspense and really make the viewer question everything. To top everything off, there are a series of set pieces that are fairly standard fare for the genre but are handled competently; leading to impressive results.

As expected, the picture and sound quality of the release is outstanding. Thanks to the stunning picture, every piece of beautiful scenery was right in front of me, and enhanced enjoyment. The film features a lot of dark scenes, but this not harm the film.  The sweet sound allowed me to experience the fabulous musical score by Jerry Goldsmith, whose catchy theme had me humming along at every opportunity.

As with a lot of releases of this type, special features are a little bit thin on the ground. The set features a new video interview with critic Kim Newman and the original theatrical trailer. While I am not normally a fond of these included interviews, Newman does give some intriguing insight into the historical context of the film from a production point of view. His manner is quirky but informative and certainly added to the overall experience of the set. While I would normally expect more era-specific content from the making of the film, its expected market performance probably means there wasn’t much, to begin with.

Although the plot is a tad confusing. this is a film that is both thrilling and engaging. The infrequent stunts are amazing to watch and add to the already steaming tension of the film. It may not be the most famous film in the Eureka cannon, but it is certainly one of the most entertaining. 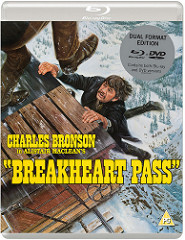 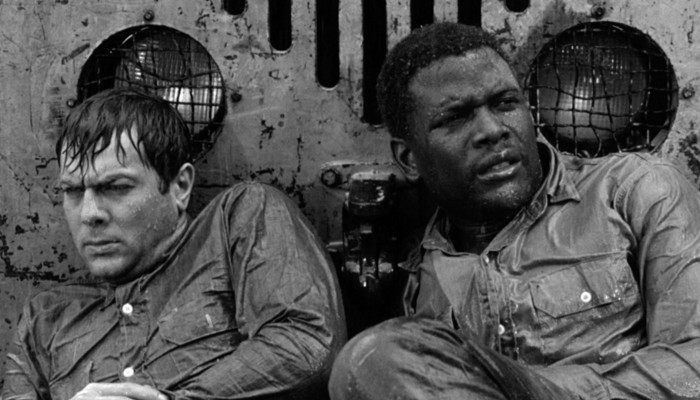