This year’s collection is packed full of big names and a delightful mixture of Christmas standards and more novel numbers. Having said that, there is less novelty here than some of Bear Family’s other Christmas albums, such as Yulesville, which we reviewed last year.

There is much about Headin’ for the Christmas Ball to like. With many up-tempo swing numbers, it is evocative of holidays gone by. Bringing to mind favourite seasonal movies from generations past, by track number 8 we definitely know what we are in for. Big bands and crooners abound, with names such as The Andrews Sisters, Benny Goodman, and Louis Prima.

A nice touch is including Cary Grant’s Christmas Lullaby, inspired by his young daughter, which illustrates a cozy mood of old-time entertainment. When we are looking for accompaniments to aid the festive mood, we tend towards content from yesteryear to bring that tradition that is synonymous with this time of year. That performance is so tender, around the middle of the track listing, it heartens the listener and makes the following numbers feel all the more Christmassy.

Much here is light yet rich, a blend that offers a balanced feel. Some tracks outstay their welcome slightly. Though there is enough variety to keep the listening experience from getting monotonous. However, overall it feels cohesive, perhaps because there isn’t too much novelty and most of the songs all feel as if they come from a similar mould. I find the first half of the album is perhaps more in the swing mode, then after track 17, we lean a little further towards R&B and other genres’ flavours. On the whole, though, everything works well together.

Most tracks have a very warm and velvety sound, with excellent clarity. It sounds as if these recordings have been taken from quality sources. The lush sounding reproduction adds to the Christmas mood created by this collection of material.

As is usually the case with Bear Family Records releases, this compilation is accompanied by an extensive booklet containing biographical information on each artist and/or track. The quality of the information and images included is as high-quality as we have come to expect from Bear Family. This is a nice companion to the listening experience.

The overall swing vibe of this compilation gives it a lovely old-fashioned Christmas feeling. It creates a very welcome festive mood. Much like another Bear Family Records seasonal release, Christmas on the Range, Headin’ for the Christmas Ball is a worthwhile addition to your holiday experience.

The compilation Headin’ For The Christmas Ball is now available from Bear Family Records.

Headin' For The Christmas Ball 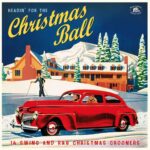 Frank Virtue and the Virtues Rock

Thu Dec 3 , 2020
Following Scotty McKay and The Coasters, Bear Family Records continue their expansive Rocks series with a compilation based around the rocking material of Frank Virtue & The Virtues. Encompassing several […] 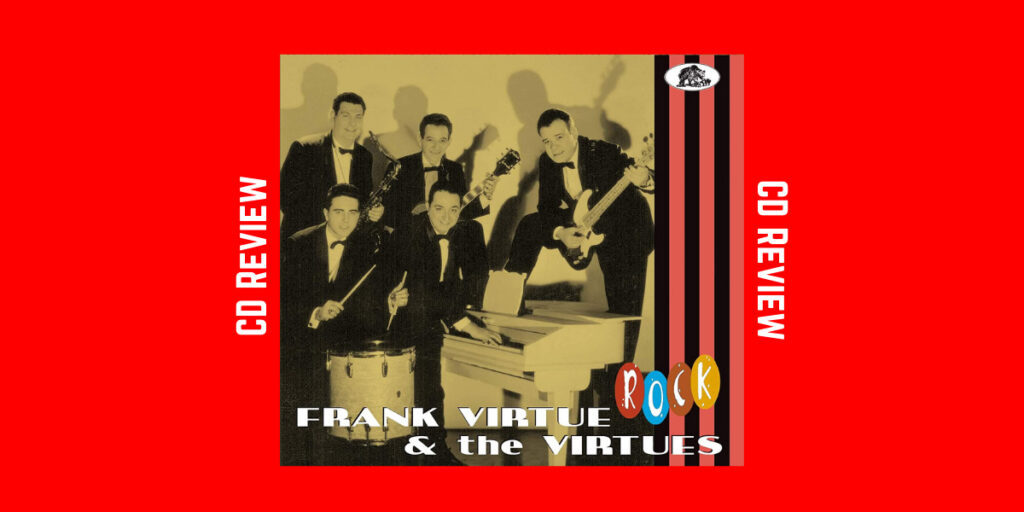