Compilation promises “33 Rockin’ Rollin’ Christmas Blasters For The Cool Season“, but does it deliver?

Many Christmas compilations are released each year, with most of them boasting the same selection of recordings. The predictable nature of these albums makes them a monotonous endeavour, one that leaves the listener feeling a sense of deja vu every single year. However, there is a new alternative that could shake up your festive listening; especially if you enjoy rarely heard vintage tunes.

German label Bear Family Records have added to their series of seasonal albums by releasing a Christmas themed compilation; featuring 33 tracks released between 1950 and 1963. Nostalgia is a huge seller at Christmas, but will it carry over to a collection of rarely heard vintage recordings?

“These are the sounds of Christmas that we all love to hear, along with the songs of cheer that make the Christmas season such a bright and happy time for all of us”.

These words, courtesy of a vintage commercial, open the album with a festive mood. It also feels like a clear attempt to position the product as a complete listening experience. Offering a track list of rare treats alongside seasonal favourites, the genres range from Rock n Roll, Doo-Wop, Blues, Jazz, Swing to Traditional Pop and miscellaneous Instrumental numbers. It is impossible to narrow things down any further, the amount of variety is astonishing. This makes it challenging to review.

The songs contain many of the hallmarks of Christmas music but without the predictability associated with the genre. Sure, Santa, sleigh bells, etc, all feature prominently, but it’s without being too obvious or repetitive. For fans and novices alike, there is a nice mixture of familiar tracks, alongside ones previously lost to time. Each selection really embodies the spirit of the season, with very few poor choices.

The selection really hit its stride once Patti Page’s ‘Boogie Woogie Santa Claus’ came flying out of the speakers. From there, the listener is treated to actor Edd ‘Kookie’ Byrnes’ spoken word jive ‘Yulesville’, and many other time-locked classics. The familiar sound of The Drifters’ version of ‘White Christmas’ is the most recognisable here, considering its use in many seasonal films. While a favourite, it sticks out a little amongst the rarely heard gems present. Bear Family favourites Dinah Washington and The McGuire Sisters are here, and a welcome inclusion as always.

The album ends, appropriately, with Huey ‘Piano’ Smith & The Clowns’ ‘Happy New Year’; an early 1960s sing-along number. Christmas time always brings out the novelty singles, and yesteryear was no exception. A particular highlight is Little Joey, later better known as Sonny Bono, who performs ‘Comin’ Down The Chimney’ in festive novelty style.

Because of the varied nature of the album, the sound quality depends on the track. More widely known tracks and artists are clear as a bell, while the more obscure offerings are understandably a step down in quality. Not that the sound isn’t good, it’s the best that can be done with the sources they have to work with.

The included booklet is extensive, boasting photographs and text for every track. There is information on each artist, where available, and details of the initial release. This is a welcome companion when listening through the album, adding context to the intriguing, compelling selection of music.

The album is a perfect purchase for someone looking to bring a different sound to their Christmas celebrations. It seems suited to the listener who enjoys a quiet evening with a mince pie and a roaring fire; The eclectic nature makes this a fascinating listen. If your Christmas normally revolves around listening to the same 30 songs on a loop for a month, this will seem familiar but refreshing; well worth a purchase.

“Yulesville!” is available to order from Bear Family Records. 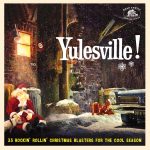 Mon Dec 2 , 2019
Eureka Entertainment have released The African Queen as part of their Masters of Cinema series. The 1951 British-American adventure film The African Queen is on Blu-ray. The Facts The film […] 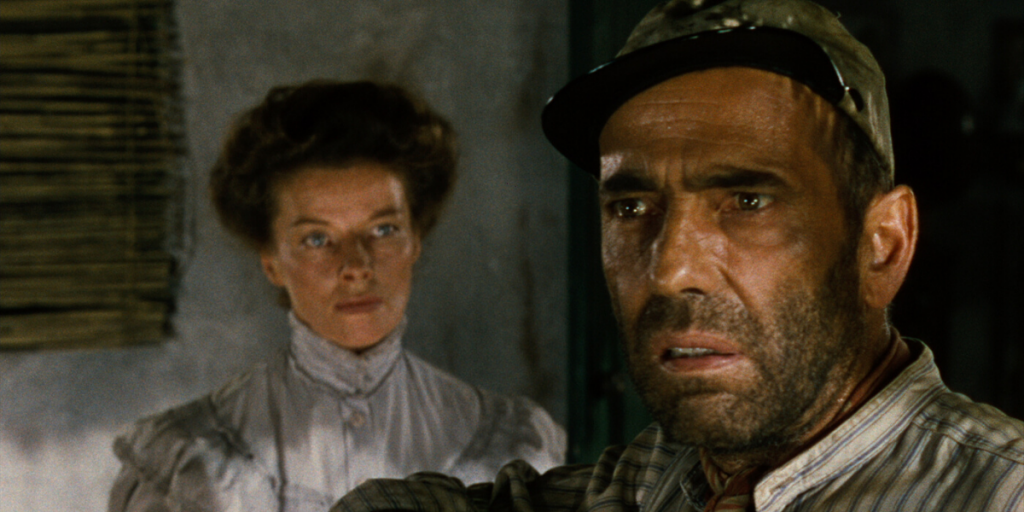