Network has released a new Blu-Ray edition of 1963 comedy Father Came Too!, starring James Robertson Justice, Stanley Baxter, Leslie Phillips and Sally Smith. A loose sequel to The Fast Lady (Also recently restored), is this new version worth picking up?

A very similar plot to the previous film, Dexter (Baxter) and Juliet (Smith) Munro are newlyweds determined to find a home of their own; Away from her father, Shakespearean Actor Sir Beverly Grant (Robertson Justice). When they buy a ramshackle cottage, with help from estate agent and budding actor Roddy Chipfield (Phillips), their attempts to renovate it come with many challenges. If it isn’t her father causing problems, it is the work of a local builder (Ronnie Barker) and his workmates. What follows is a series of slapstick laden stunts, comic routines, witty wordplay; culminating in a final farcical scene that allows for quickfire gags.

Being a sequel of sorts, it has a few pros and cons. Whereas the first film felt like an alternative Carry On, this one mixes new and old techniques to form a strange mash-up. The stunts look impressive and executed well, sometimes in unexpected ways. The soundtrack music bounces from a traditional romantic score into original early 60s skiffle and Pop on various occasions. Some routines feel very familiar and sometimes obvious. Robertson Justice, Phillips and Barker provide the most laughs here, but they do feel under-used. Alongside the leads, star a sea of familiar faces including Kenneth Cope, Terry Scott, Arthur Mullard and Peter Jones. Despite its flaws and setbacks, this film is a curiosity for those who appreciate British comedy.

As someone who bought the previous DVD release of this movie back in 2006, this version is a vast improvement. The slightly dusty 4:3 print featured on the old release was fine, but this raises things to a whole other level. Presented in its original theatrical aspect ratio for the first time, leaves the viewer with a full screen of colour that looks sharp and vibrant. This film has never looked better thanks to a shiny 1080p transfer sourced from original film elements. The mono soundtrack is also clear, benefitting from this film’s slightly more polished production.

The box art follows the original poster artwork design and looks very attractive. The set features the original trailer, along with a relevant image gallery of artwork and promotional material; Similar to the original set.

Network has compiled a definitive edition of this film, perfect for those looking to replace their previous release or purchase alongside The Fast Lady. The restoration is outstanding, looking and sounding better than ever. The film may not be perfect, but it is ideal for fans of the era.

Father Came Too! is available on DVD and Blu-Ray from Network. 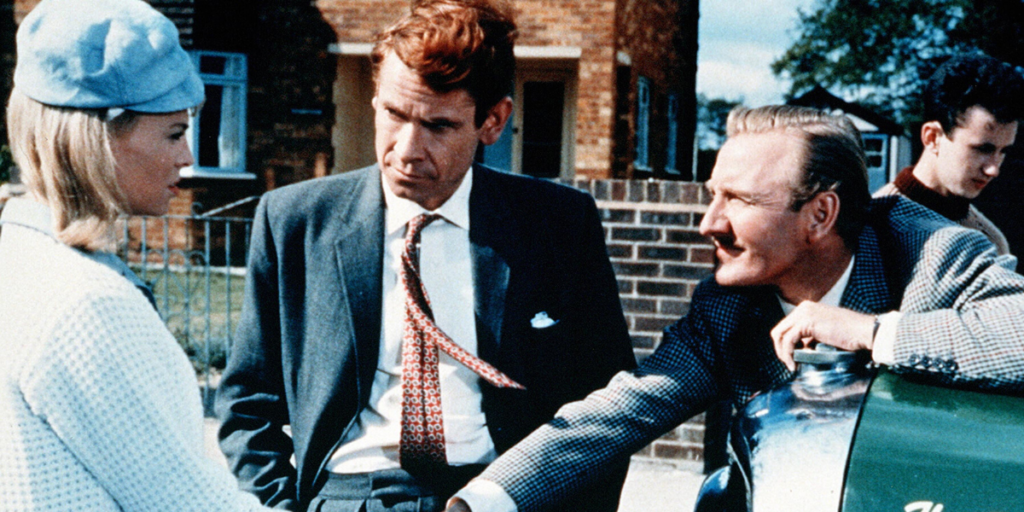