There are lots of free ad-supported streaming services around at the moment, providing an alternative to paid big hitters like Netflix, Amazon Prime and Disney Plus. These platforms, including FilmRise, Shout Factory TV, Ketchup TV, Plex, Pluto TV and parts of YouTube are awash with officially licensed vintage television content. Plex, for example, is home to a bizarre 1960s sitcom, The Patty Duke Show; Something I had never seen before. Maybe I’ll talk about it in another episode sometime.

A few months ago, a new free streamer popped up in the UK: IMDB TV. Available as an ad-supported channel on the Amazon Prime Video platform, the service offers a mixture of movies and television; most of which used to form part of the Prime package. Like their paid competitors, there is a slowly building emphasis on originals with smatterings of big-name library content; A big draw. The library includes episodes of classic 1980s series like Magnum PI and The A-Team, premium titles that are sure to attract attention. The rest of the content, though, starts to look very familiar if you’re aware of the other free streamers that exist. This seems to be a thing with the British version of services like this, as most of the big-name companies have their content tied into licensing deals elsewhere.

Compared to the American counterpart of IMDB TV, which launched in 2019, it’s fair to say the UK offering felt a little underwhelming. On quick inspection, I saw such TV classics as All In The Family, Maude, Bewitched, Good Times, Perry Mason, Columbo, Little House On The Prarie, The Addams Family, Rowan & Martin’s Laugh-In, the original One Day At A Time, Family Affair, The Dick Van Dyke Show and many more. Looking at this list was like looking into the past in more ways than one. As I’ve observed on previous podcasts, Amazon Prime in the UK used to be filled with some of these gems, but no more.

I guess at this point, the reasonable thing to do is to ask why this is the case. In my view, it’s most probably down to contracts and audience. As in, why bother putting this stuff on, or renewing a trial when it expires, when people aren’t familiar with it. I’m well aware that for every person, like me, who has heard a mention of some of these titles and feels curious about it, there are thousands who wouldn’t. I think that’s the realisation here, and something we have to accept.

It’s also worth noting that IMDB TV is still in the early stages of its life in the UK. There may come a time when a distributor takes a chance on the UK due to the growing audience on the platform, and decide to invest. It happened before on other services, and it could happen again!

So what else is there to say? I’ve said enough. If you have anything to say about the shows mentioned in this podcast, you can email Jamie@OldTimeReview.co.uk, tweet @ABritTalksVTV on Twitter or check out the Facebook page, Old Time Review. This is Jamie Dyer signing off.

Mon Nov 15 , 2021
Continuing their long-running The Drugstore’s Rockin’ series, Germany’s Bear Family Records have released a compilation containing thirty-seven recordings made between 1958 and 1962 by Fabian. Was Fabian just a teen […] 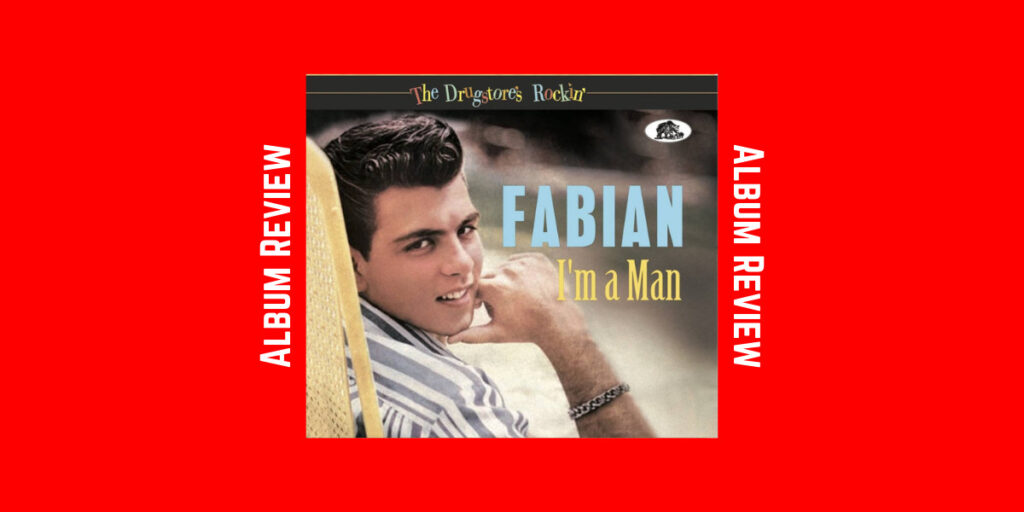