Big Joe Turner, these days, is best remembered for his R&B and Rock n Roll recordings from the mid-1950s onwards. Songs like ‘Shake, Rattle and Roll’ have become part of his legend, but he was so much more. With a career stretching back to the 1920s, Turner was an experienced performer. This CD set, from Bear Family Records, comprises two versions of Joe Turner’s 1956 album The Boss Of The Blues Sings Kansas City Jazz; Presented in stereo and mono. Considered one of the first Blues concept albums and reissued many times, is this new version worth picking up?

The album starts with the smooth but suggestive ‘Cherry Red’, before verging into a blend of Jazz, Swing and Blues. Highlights include the groovy ‘Roll ‘Em Pete’, the epic mellow ‘Wee Baby Blues’, the R&B flavoured St. Louis Blues and Turner’s Jazzy interpretation of ‘Pennies From Heaven ‘. As a first-time listener to this album, the overall professionalism blew me away. Recorded in just two days, the quality of the musicianship is outstanding; Joe Turner’s expressive vocals piercing through a sea of piano, bass, percussion, and horns. Turner’s longtime pianist, Pete Johnson, whose mix of Boogie-Woogie and Jazz playing is an integral part of these recordings.

The first CD contains the stereo version of the album, first issued in 1960. One could be critical of the fact that the original mono version isn’t the first disc, but this is trivial. The mix spreads the instruments across the stereo field effectively, but I advise two speakers to get the full effect. Turner’s vocals are panned predominantly to one side on most tracks, with faint reverb on the other; a popular stereo technique in the 1960s. The second CD is the 1956 mono mix of the album, the way people first heard it. Slightly more frenzied in places, the tracks sparkle in glorious mono sound. Although previously issued on CD, few can boast the overall quality available here. The screech filled higher frequencies of other reissues of this album has mostly gone thanks to a clean transfer; A little noise is audible on some tracks, but this does not deter from the enjoyment.

Placed at the end of the two versions of the album, are extra takes and alternate versions from the same sessions. The quality of these extra tracks can sound a little rawer when compared to the main album; Almost like sitting in on a rehearsal session. I also cannot resist a good outtake that features studio chatter, a real insight into the precision taken in recording and performance. Despite the quality, they are a nice bonus that adds value to the package of such an iconic album.

The casing is an eco-pack that opens into three sections; It houses a CD on either side and a 23-page booklet in the centre. The booklet features liner notes by the album re-issue producer Colin Escott, detailing the story of Turner and the album alongside other relevant information, photographs and discography. The cardboard sleeve-like eco-pack keeps everything secure, but sometimes too much so. Attempts to retrieve a disc are a little fiddly but is not an issue when care is taken. Overall, there is clear attention to detail that rounds off the package nicely.

In this set, Bear Family Records has created the ultimate package for this album. The combination of Ernie Wilkins’ arrangements, Jerry Wexler and Nesuhi Ertegun’s production and Turner’s roaring vocals alongside his backing band helped to shape the success of the original album. Colin Escott and the team at Bear Family have continued their legacy. Boasting pristine sound quality, attractive packaging and an abundance of bonus material, this is worth picking up if you’re looking to discover or rediscover a huge contribution to Big Joe Turner’s catalogue.

Big Joe Turner – The Complete Boss Of The Blues is available from Bear Family Records. 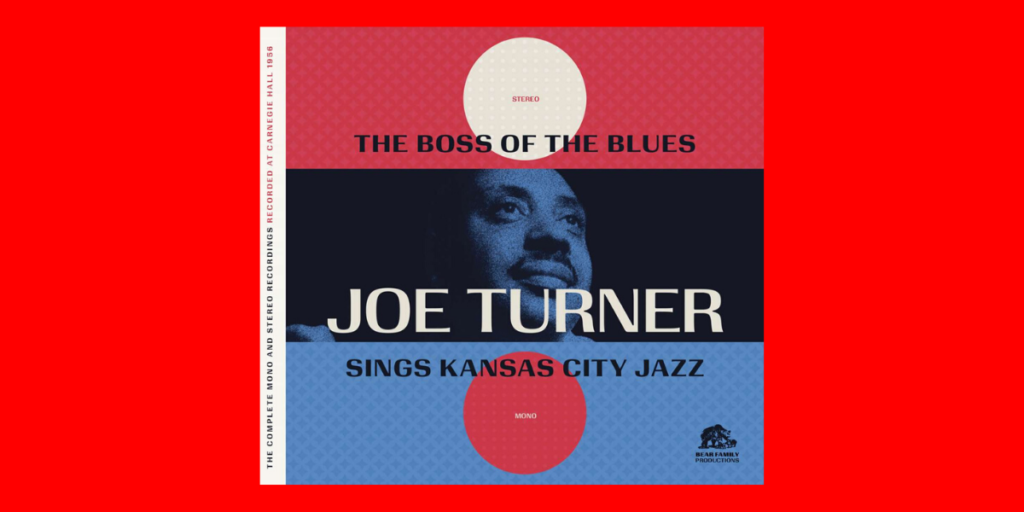