In this series of articles, we plan to scour the vaults of The Great 78 Project, offering a review on single records available to discover in the collection. Many of these recordings are available digitally to purchase, with a few unavailable at this time.

Honolulu is a song from the 1939 film of the same name. The MGM musical starred Eleanor Powell, George Burns & Gracie Allen and Robert Young. In the movie, Allen sang this track in a beautifully playful way alongside the backing of the Pied Pipers; one of her few vocal performances on screen. The song leads to a spectacular dance sequence featuring Allen and Powell, one of the memorable moments of the picture. The song, along with other compositions on the soundtrack, was written by Gus Kahn and Harry Warren.

The version presented here is the Tommy Dorsey interpretation of the same number, with a vocal refrain by Edythe Wright. For me, the vocals lack the charm and personality of Allen; although they’re adequate for the arrangement. The nonsensical rhyming of ukulele and daily with –– do not sound quite right sung in such a serious tone. The musical accompaniment is well produced for the era and would compliment any vintage dance party.

This recording was the B side to Dorsey’s interpretation of This Night; also from Honolulu.

Hear the track below:

The Great 78 Project is a community initiative developed by the Internet Archive. Its aim is to digitise 250,000 78rpm singles; recorded and pressed between the years of 1880 and 1960. The purpose of the project is to preserve these historic recordings for future research and discovery. For more details on The Great 78 Project, please check out the official website.

The track is presented here for review purposes.

Angel and the Badman

Sun Mar 17 , 2019
Angel and the Badman is a 1947 Western film starring John Wayne and Gail Russell. Like many of a certain era, it is formulaic both in the sense that it […] 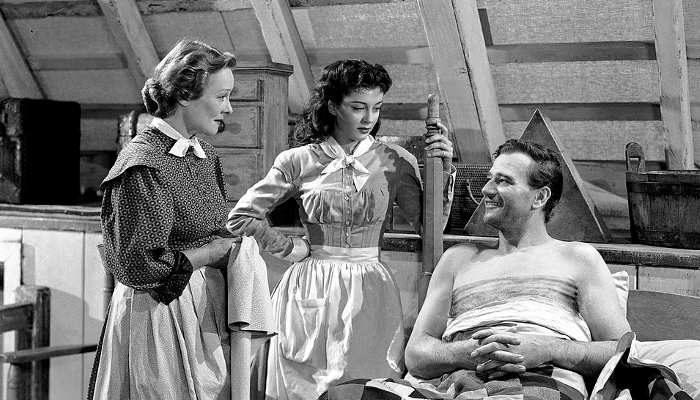