A highly acclaimed classic featuring Poitier and Curtis at their best.

Eureka Entertainment has released a dual-format edition of Stanley Kramer’s highly acclaimed film The Defiant Ones, starring Tony Curtis and Sidney Poitier. Nominated for nine academy awards, it broke new ground by delivering its message of racial tolerance through a fast-moving blend of action and suspense. As part of the Eureka Classics strand, this influential piece of cinema history is about to be released onto Blu-Ray for the first time in the UK. as part of a dual format edition; but is it worth checking out?

Curtis and Poitier play John Jackson and Noah Cullen, two convicts on the run. The only thing that keeps them from separating is the unbreakable chain that bounds them together. What follows is a tense but understated film with a racial agenda. While the two men are on the run, they are pursued by lawmen; who slowly make their way along the same tracks. The difference in mood with the scenes featuring the lawmen are striking; allowing for moments of light relief, as well as tension. As good as these alternating scenes are, it is with the two leading men, that this film really shines. The  Low-key action sequences are sponged between poetic dialogue and emotive imagery. As with other films by the same director, the scenes tend to linger in the same position, allowing the scene to breathe. The action sequences have been delivered competently, but they serve other purposes here.

As with a lot of Eureka releases, special features are a bit thin on the ground. Included in the pack are the original theatrical trailer and a new video interview with critic Kim Newman. Regular purchasers of Eureka releases will know Kim already, who always delivers a fascinating insight into the cultural context of the film. While I would normally expect more from such a highly acclaimed film, this is an occasion where the film is enough to satisfy.

In conclusion, this is a film with a meaning and a purpose. It was made in an era when it’s subject matter would have been pretty controversial, but it doesn’t hold back. Saying that it does not go as far as it could, and that’s what makes it special.  Stanley Kramer never shied away from a heavy subject, and he’s handled it marvellously here. The mixture of top stars giving fantastic performances, biting subjects and masterful directing, makes this a must-see movie.

The Defiant Ones is available on Amazon 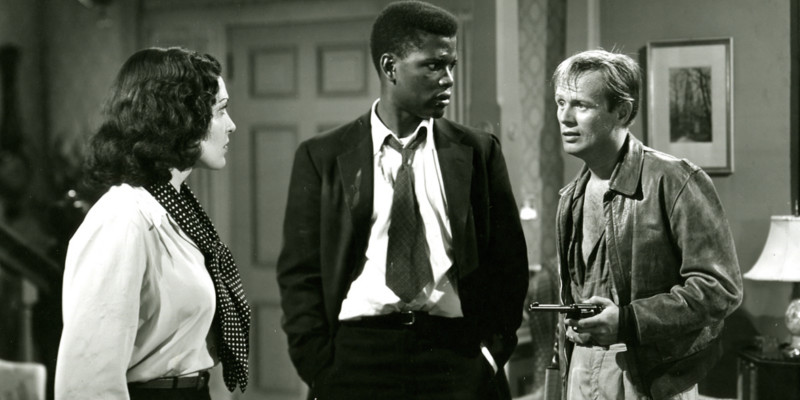