Bear Family Records, following recent compilations of Link Wray and Billy Lee Riley, have added another artist to their prolific Rocks series. Scotty McKay, real name Max Lipscomb, is not someone best remembered for his time as a solo artist, more for his work as part of Gene Vincent’s The Blue Caps. The album covers records released by Scotty McKay between 1956 and 1967, alongside extras; Is this worth picking up?

This collection is a selection of mostly obscure records that are scarce, brought together for the first time. A large amount of Rock n Roll standards mixed with a few original compositions make up most of the track list, covering various aliases and labels in this artist’s career. McKay’s style has echoes of teen idol pop, mixed with early Rock n Roll. To my ears, his vocals sit alongside Elvis Presley, Johnny Cymbal, Gene Vincent, Ricky Nelson, Cliff Richard, among others nicely. McKay’s covers of songs such as Oh Boy, Be-Bop-A-Lula, Let It Rock, You Can’t Catch Me, Jambalaya and Sea Cruise are fine renditions and deserve an audience.

Many of the tracks are acetates that have a raw energy that transcends the hiss and less than perfect sound; Especially original compositions Bad Times and Evenin’ Time, two solid gold songs that deserve to be standards. Another track of note is his upbeat take on Cry Me A River, an inventive experiment that somehow works. McKay’s rockin’ interpretation of The Train Kept A-Rollin’, backed by garage band The Exotics, is a rip-roaring change of pace that leaves the listener wanting more; It fades way too early! The album ends on a haunting version of ‘It’s Too Late’, soaked in reverb. Overall, this is a mixed bag that gives a flavour of the artist, and his various periods during this era.

The production techniques change from record to record, but all sound the best they can. There are occasional dropouts, and signs of source damage, but these are infrequent. Considering the age of the material, the restoration work is remarkable.

As with other entries in this series, an attractive looking digipak houses the CD and a 23-page booklet. The booklet contains an extensive biography written by Bill Dahl alongside rare photographs and discography information. Given the obscurity of this artist, the amount of detail within this package is amazing.

Bear Family Records’ has continued its Rocks series in style. While Scotty’s music will not be familiar to some, he deserves a place in the distinguished company he now finds himself in. The pleasure of hearing obscure records, and wondering why they never made it big, is the name of the game here. This compilation compiled together some of McKay’s most rocking records here’s hoping a comprehensive collection is a possibility. If you’re looking to add to your assortment of Rocks albums, this is a worthy addition.

Sun Apr 19 , 2020
Here at Old Time Review, we have already discussed John Ford’s 1950 masterpiece, Rio Grande. In this review, we talked about the content of the film, an overview of the […] 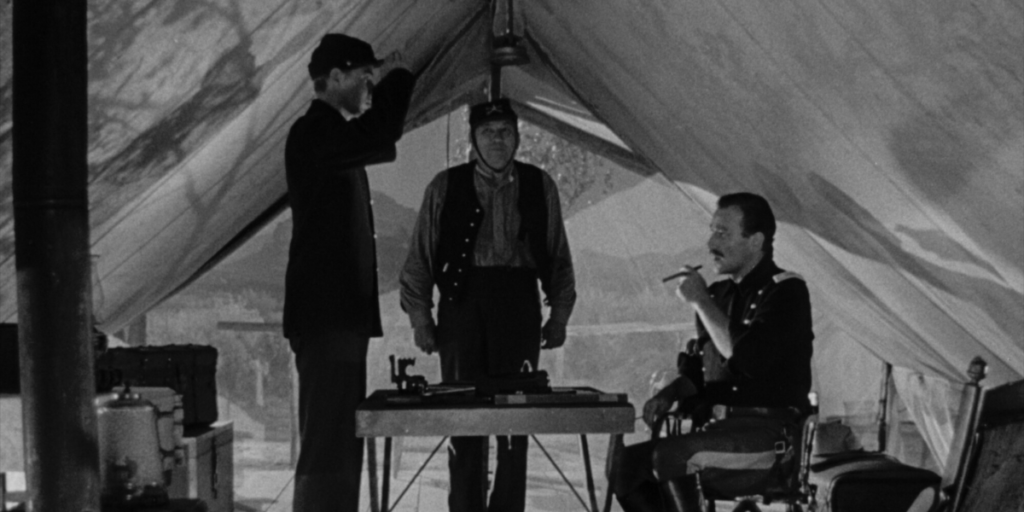