Hello and welcome to another edition of My Week In Vintage for Old Time Review. As things ease up in the actual world, my workload has increased. While this would normally be a source of complaint, I am glad! Because of the balance returning, I hope to produce more blogs and reviews over the coming months. I have already started, shown through the five recommended tracks post from earlier in the week.

This week, I posted a review of a recent addition to Bear Family Records‘ expanding The Brits Are Rocking series. The younger brother of Tommy Steele, Colin’s music was long overshadowed. Thanks to this excellent compilation, I could experience Colin on his own merits, as he blasted through a succession of Rock ‘n’ Roll standards and originals. Sexy Rock by Colin Hicks is available from Bear Family Records.

Upon seeing the latest edition of the newsletter from Talking Pictures TV, I noticed they were planning to rerun an episode of classic children’s TV game show Runaround, presented by Mike Reid. Based on an American idea and produced by Southern Television between 1975 and 1981, it ran for twelve series and included Reid, Stan Boardman, and Leslie Crowther as hosts at various times. Talking Pictures themselves have informed me that the upcoming broadcast of Runaround from 1975 is just a one-off for the moment. Watch the episode on Saturday 25th July at 07:40 am.

Off Topic: The Hudsons (From J Dyer Productions)

In 2018, I began producing an audio drama series inspired by stalwarts of old-time radio. With the work of Peg Lynch and Goodman Ace firmly in my mind, I created a show that focused on life’s minor problems. Finally, the show is back for the third series of episodes, with the first batch featured below.

S3 – E1 – The Shopping List: During the British COVID-19 lockdown, Harry is nervous about shopping. There’s big news for the couple.

S3 – E2 – The Plumbing Job: While Harry tries to fix a plumbing issue, Helen watches on with bemusement.

S3 – E3 – The Phone Call: During an annoying phone call, Helen finds it hard to cope.

S3 – E4 – Yoga Mat: Harry decides to buy a yoga mat to help during Helen’s pregnancy, but there is a problem.

S3 – E5 – Jumping Over Shakespeare: Helen and Harry finish watching a performance of a Shakespeare play on television, but which of his plays is Harry’s favourite?

S3 – E6 – The Car Salesman: After a phone message from a car salesman, Helen and Harry discuss getting a new car.

The Hudsons On Itunes.

Thank you for reading this edition of the My Week In Vintage blog! If you want to get in contact, please email Jamie@OldTimeReview.co.uk.

The Mystery Of Dennis Herrold Vinyl

Fri Jun 26 , 2020
The elusive Dennis Herrold may have only made a handful of recordings for Imperial, but many consider Hip Hip Baby a Rockabilly classic. Bear Family Records has released a 10″ […] 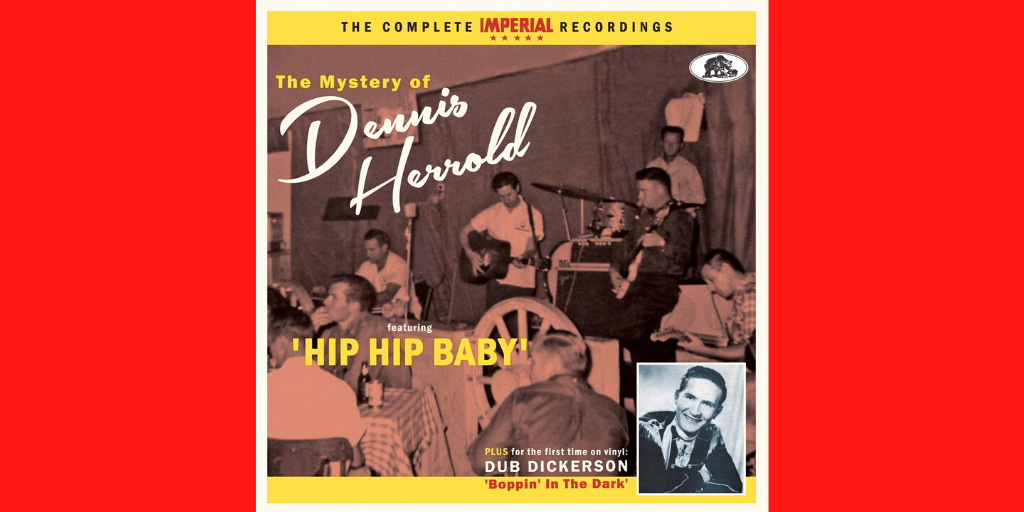