While I mainly focus on American produced television these days, my interest in the medium started by discovering the large amount of British TV that is out there. It may be true that a sizable portion of TV history is lost to the ages, but plenty of series still exist in their entirety; many haven’t been broadcast for decades. Luckily, there are home video labels out there who are willing to give viewers a chance to discover or re-experience gems from the past.

Since 1997, Network Distributing has released a huge amount of rare TV series and films, much to the delight of the many fans out there. Without Network, the world may have missed out on the delight of long-forgotten ITC series, top quality teen dramas from the 70s and short-lived shows starring man of the UK’s best talent of the 20th century. Some available titles have found their way onto channels, such as ITV3, ITV4 or Talking Pictures TV, but the vast majority may never see an official broadcast again.

I often believe the reason for this is that the technical quality of the programming does not live up to modern standards. that much material from the archive can occasionally have a glitch or two, but that does not detract from its value as a piece of art. I often look at American nostalgia networks and sigh with jealousy. They appear to have channels that celebrate their cultural history with gusto, even their large back catalogue of black and white shows. I long for the day when UKTV GOLD rerun George And The Dragon or After Henry; a day that will never come.

I can be thankful that companies like Network exist, but for how much longer? While I understand that streaming has made DVDs seem like an unnecessary expense, purchasing a Network set always seems like good value for money, especially when considering the rarity of the material. I have often picked up bargains during one of their many sales, conducted via their website. A sale has often led me towards series I would not have tried otherwise, many becoming some of my favourites. I will list my Network collection in a future blog.

Just recently, I picked up the full series of Coronation Street spinoff Pardon The Expression for a mere £5.76, during the recent Moving House sale. The show, starring a pre-Dad’s Army Arthur Lowe, ran for 36 episodes in the mid-60s. The set also includes an unbroadcast Christmas special, a kind of rarity that turns up regularly on Network releases. I already have a backlog of DVDs that I’ve been waiting to watch, but I can never resist a Network sale.

So what can I say to conclude? I want to thank Network for their hard work in preserving the history of British television..I also want to tell them off for lowering my bank balance on more than one occasion.

Have you ever bought a title from Network?

Sun Jun 23 , 2019
Eureka Entertainment have announced their release of hugely iconic western High Noon, starring Gary Cooper and Grace Kelly. Part of their Masters of Cinema series, High Noon is being released for […] 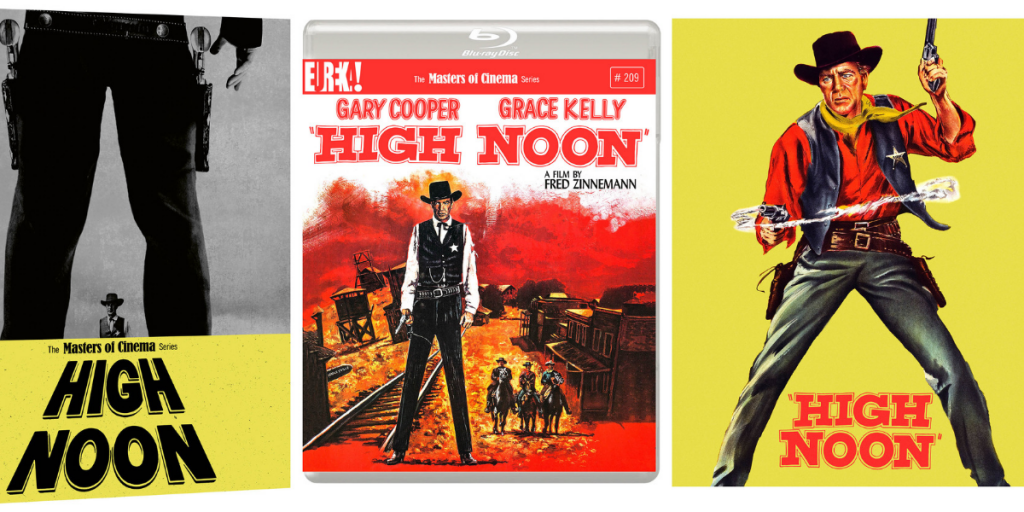