The game show channel, Challenge TV, has focused on airing much newer shows in recent years. With the likes of The Chase, Millionaire and Pointless dominating their schedules, fans want to turn the clock back to a time when vintage shows were the name of the game. Memorable shows, such as Family Feud, The Price Is Right and Bullseye, delight viewers; but the lack of variety is frustrating.

The presence of Buzzr on Amazon Prime Video was filling this void for us until being removed recently. Given Fremantle owns the US-based network, we can’t help wondering if there could be a content crossover. There is a large untapped library of classic US game shows that remain unseen in the UK. Many of these formats made their way to British shores, but only through localised versions. Fremantle owns a fair share of both libraries, so it would not be entirely impossible for Challenge TV to make a bold decision. A dip into some of the shows mentioned below would keep British viewers entertained for a long while.

Originally called The Match Game when it first aired from 1962 to 1969 on NBC, the revamped game of ‘blanks’ gained a new lease of life in 1973 when host Gene Rayburn reprised his role. Now simply called Match Game, this version of the show would run for nearly a decade.

When the BBC launched their own version of the show called Blankety Blank, they incorporated many features of Match Game. The gameplay, with two contestants competing to match the answers of the six celebrities, comprised the same rounds. The main and most important difference was the prizes: while in the US, Match Game contestants played for cash, in the UK the IBA (Independent Broadcasting Authority) prize cap meant that prizes such as household goods were the main draw and top prize for the Super Match a holiday or trip.

NOTE: We have included an image from the original version, as we couldn’t find a usable image for the 1970s show.

Created in 1950 by Mark Goodson and Bill Todman, What’s My Line has the accolade of being the longest-running US primetime network television game show. Hosted by well-known news anchor – usually referred to as “moderator” – John Charles Daly, the show’s initial run continued until 1967, with a revival hosted first by Wally Bruner and then Larry Blyden.

The game comprised a panel of four celebrities, for many years comprising Dorothy Kilgallen, Arlene Francis and Bennett Cerf with the “guest” chair occupied by various semi-regulars and one-off appearances. The panel would have to guess the occupation of each contestant by asking questions with a possible “yes” or “no” answer. Each time they got a “no”, Daly would flip over a card. If all 10 cards were flipped without the panel guessing, the contestant would win the prize money. In the Mystery Guest round, the panellists would don blindfolds while trying to guess the identity of a celebrity guest.

Much of this will be nothing new to UK audiences familiar with the BBC version which began airing in 1951 hosted first by Gilbert Harding, then Eamonn Andrews. However, there are a few differences. For example, on the BBC, the guest would perform a mime related to their occupation as a clue to the panel, but more often than not this would simply lead down a wrong path and stilt things rather than helping. The US version of What’s My Line is a lot more fluid and jocular, while still feeling challenging, entertaining and sophisticated. There is also a distinct lack of original UK episodes available, compared to America’s tally of nearly 900!

Tattletales first aired on CBS in 1974, hosted by the multi-talented Bert Convy. The format saw three celebrity couples answering questions about each other to win money for their section of the studio audience; a change from the short-lived 1969-70 show on which Tattletales was based: He Said, She Said. Each set of three couples would compete on five daytime editions over the course of a week.

Although the idea feels similar to British regional show Mr & Mrs and the more recent ITV All-Star Mr and Mrs, the daytime vibe and laid-back atmosphere of Tattletales somehow makes for entertaining and relaxing viewing. The added incentive of the studio audience winning money based on the celebrities’ scores makes it feel more compelling. The American standard of a daily daytime programme lends a feeling of familiarity and continuity that British game shows rarely have. Not all celebrities taking part will be unfamiliar either, with the likes of William Shatner, Milton Berle and Betty White joining in the fun.

The simple game of words was first broadcast in 1961 on CBS, with Allen Ludden. Featuring a wide range of celebrity guests, a member of the public would have to work together with their famous playing partner to find a ‘password’ using a clue of only one word. This simple game would become a mainstay in the schedules on CBS and ABC until the mid-70s.

They revived the show in 1979 as Password Plus on NBC, with Allen Ludden hosting. He would continue until his death in 1981, with Tom Kennedy taking over for a year. In 1984, Tattletales host Bert Convy would host a similar version of the show called Super Password.

There have been a few British versions broadcast by ITV, the BBC and Channel 4 sporadically between 1963 and 1988 with various hosts.

You can read about our love of Allen Ludden and Password here.

NOTE: We have used a photograph from Allen’s appearance on The Odd Couple, as we couldn’t find a more suitable image.

Two families of 5 would compete to match the top answers given in surveys of 100 people on random and diverse topics. Usually simple questions such as “Something you might be saving up your money to buy” or “Reasons you might discipline your children”, the opposing family could “steal” the round once 3 incorrect answers were given. The family who scored $300 first got to play the Fast Money round: one member of the family would answer 5 questions in 15 seconds while the second person waited in a sound proof booth. Following this, the second member of the family must answer the same questions in 20 seconds, without duplicated answers. If the combined dollar totals of their answers was over $200, the family would win the cash bonus.

Possibly the most familiar format to UK audiences, the ITV version began in 1980 as Family Fortunes. Once again, the biggest difference between Fortunes and Feud was the prizes. The biggest Fortunes prize in 1980 was £1,000, while in the US families could compete for $5,000. In addition to this, the winning family would also return to compete again on the next day’s show. Rules allowed them to continue returning until they won $25,000.

As a gateway from British to US game shows, Richard Dawson is the perfect ingredient. He was actually a British actor, known in the UK as Dickie Dawson, before moving to the States in the ’60s. He has a special quality; the subtlety he brings to the fast-paced American game show relaxes and draws the audience in.

Which classic American game show would YOU like to see on British TV?

Sun Oct 27 , 2019
Shout Factory  has added episodes of classic sketch comedy TV show ‘The Red Skelton Show’ to Amazon Prime Video in the US and UK. Debuting in 1951, the popular show […] 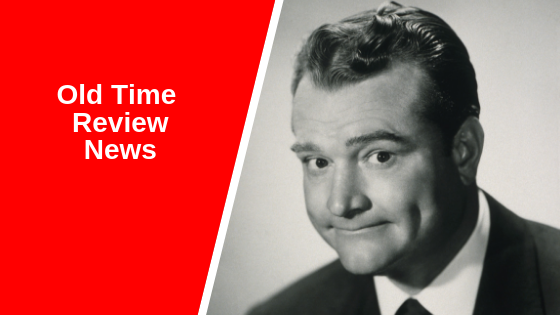