It was on an evening in October that I sat in a coffee shop at my old university. I was preparing for an evening of sports broadcasting with some students. While waiting for things to get going, I had a lovely coffee with my former lecturer, whom I was discussing the art form of radio. Anybody who knows me will know that I absolutely adore Old Time Radio; a period in US broadcasting between the late 20s and the early 60s.

In particular, I am fascinated by the American radio comedy stars of the 40s such as Jack Benny, George Burns and Gracie Allen and Fred Allen. While enthusiastically discussing this subject, I mentioned a comedian Phil Harris. As I uttered the name, I saw a glimmer of recognition in the lecturer’s face. “Oh, that guy from the Jungle Book,” he said with gusto. As a fan of Phil Harris‘ work, I am not surprised at this reaction. It’s one I hear regularly. I cannot blame him that his knowledge of Phil Harris is that he played an easygoing cartoon bear, it’s one of few pieces of his work that has maintained some gravitas in the UK. I will admit that until five years ago, his work with Disney was all I knew of; I was yet to discover the magic that had remained hidden by a lack of public consciousness.

The voice of Baloo in Disney’s Jungle Book has become the stuff of legend and can evoke a huge sense of nostalgia and comfort for generations of viewers; who watched the film growing For years, hearing those deep tones in Disney productions made me feel warm and fuzzy inside, and I wanted to find out more about where the voice came from. As someone who has studied media for many years, I am always fascinated by how things begin. It was through research I discovered that Phil Harris’ Disney work had been towards the end of his career; one which had been incredibly prolific.

Whether as a bandleader, vocalist, radio comedian or television personality, Phil seemed to fulfil any role with ease. The epitome of cool, he honed his character to perfection; selling it successfully for decades. Although his singing voice was not exactly on with others of the era, his vocal style was distinctive and unique. The ability to twist lots of words into a sentence is difficult, but Phil managed it on many of his recorded performances. His expressive voice made him the perfect singer for story songs and a shoo-in for the odd novelty record. Phil’s 1950 recording of ‘The Thing’ was extremely successful, becoming one of his most well known records.

Despite beginning as a bandleader, Phil is possibly best remembered for his work on The Jack Benny Program, from 1936 to 1952. The aural image of a drunken, lazy, womanising, dimwitted bandleader became a favourite character on the show. While not exactly politically correct, it is hard not to love Phil’s performance.   of my favourite running gags from the show is Jack’s obsession with Phil’s signature song ‘That’s What I Like About The Song’. The long conversation between them about the meaning of the lyrics in the song is one of the greatest exchanges in broadcasting history. So well remembered was this moment, that they recreated it in a Jack Benny TV special.

My love of Phil really stepped up when I discovered he had a radio show, alongside his wife: Actress Alice Faye. Although most of the laughs derive from his friend Remley, played by Eliot Lewis, Phil still steals the odd scene. The superb scripts by Ray Singer and Dick  were family friendly with adult undertonesBrilliant Having grown up watching sitcoms like The on TV, it is hard to overlook the obvious influence The Phil Harris – Alice Faye Show had on them. Pioneering many of the tropes associated with the sitcom form, the show still raises a smile on my face. I think had this show made it to TV, we would consider it a stone cold classic.

So what else can I say about Phil Harris? Plenty! On that night with my lecturer, I could not have possibly even scratched the surface of the career of Phil Harris. I have been researching his work for over five years and am discovering things all the time.

WHAT ARE YOUR FAVORITE PHIL HARRIS MOMENTS?

Wed Jun 5 , 2019
Narvel Felts, I will admit, is not a name I was familiar with. As a fan of Rockabilly, it surprised me that his music had not entered my consciousness previously; especially […] 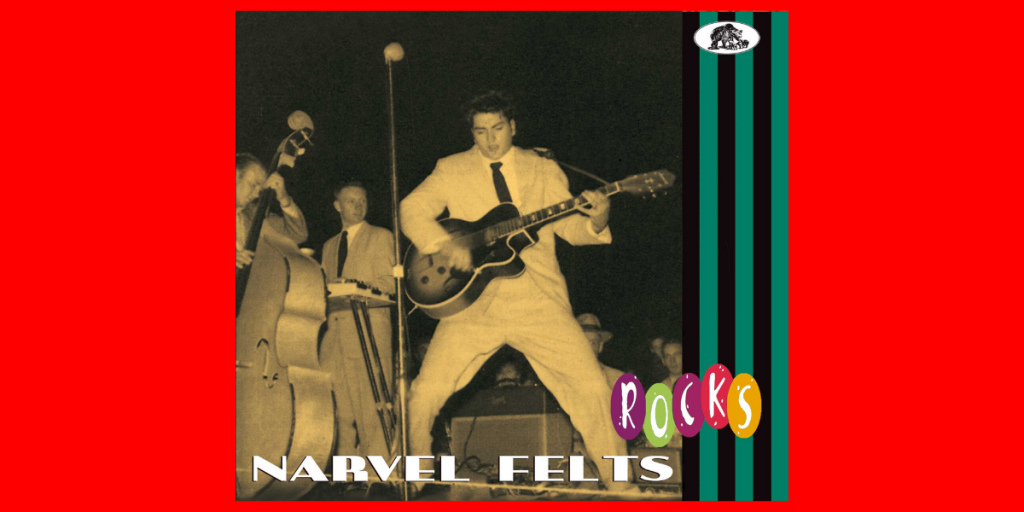