The Bluejays formed in 2013 and very quickly became one of the UK’s busiest vintage live acts. First up was a Friday night residency at London’s celebrated but sweaty Troubadour Club. Live videos posted to YouTube sparked interest in the band both nationally and worldwide and generated a loyal and evergrowing social media following. Since then, the band have played all over the world in theatre and at festivals and private events.

Rock and Roll Revolution premiered in London in April 2017. The show is written and produced by The Bluejays and features more than 40 of the biggest hits of the 1950s performed live onstage. After sold out shows in Essex, Staffordshire and Yorkshire the band are really excited to be touring their show across the UK.

Lead Singer of the Bluejays, Ollie Seymour-Marsh, said of the tour: “We’re really thrilled to be taking Rock and Roll Revolution on the road. We’re really proud of the show. At the time, the rock ‘n’ roll of the 1950s was considered by some to be ‘the devil’s music’ and a teenage fad. Rock and Roll Revolution shows how far from the truth that is. Artists such as Elvis, Buddy, Chuck Berry, Eddie Cochran, Little Richard and the Everly Brothers not only changed popular music forever, they brought about a social change and freedom of expression that still resonates today.”

Bassist Chris also commented: “More than anything, we love that we get to play some of the greatest songs ever written night after night. It’s amazing to see groups of young people and those who remember the songs the first time around all up and dancing in the aisles! All fans of music owe a lot to those pioneers of the 50s – we really hope we do them justice!”

If you’re looking for more vintage flavoured shows, be sure to check out our NEWS section for more info.

Breakthrough Dietrich movie to return to cinemas in the UK & Ireland 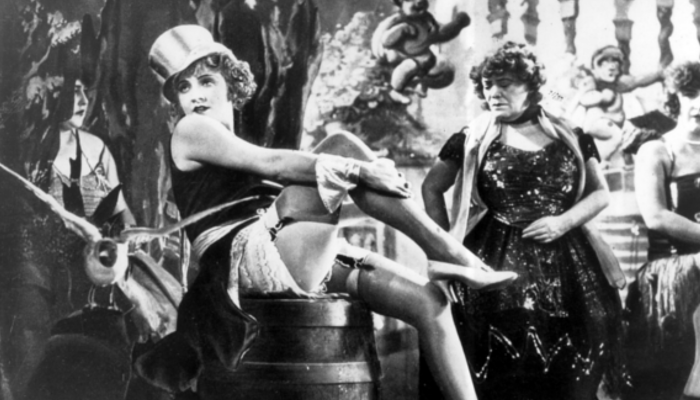