Amazon is removing several American series from their UK Prime Video UK service, and now I wonder where I’m going to get my fix.

This might be hard for American readers to comprehend, but it is incredibly difficult to see any true US archive officially in the UK. Apart from the odd rerun of 90s sitcoms and tired dramas from the 80s, the UK has very little vintage American television to really sink their teeth into. This is why I have resorted to getting my dose of classic entertainment from Amazon Prime UK.

Aside from their well-publicized Originals, Amazon has built up a library of televisual oddities that are a blessing to a US programming fan like me. From the likes of Rowan & Martin’s Laugh-In, That Girl, Decoy, Dark Shadows and The Jerry Lewis Show to 70s sitcom What’s Happening; much of the material has not been seen (if ever) in Britain for many decades. As a fan of US TV history, it has been a fascinating glimpse into many shows that I had heard about but never seen. I have had a good time watching these shows, but I fear it will not last. Many titles have been disappearing rapidly, lessening what is available.

It started with gameshow channel Buzzr pulling their programming from the Prime UK service recently. Prior to that, I had enjoyed getting to know the US versions of many shows I knew, and the personalities that hosted them. The likes of Bill Cullen, Bert Convy, Gene Rayburn and Richard Dawson now rank as some of my favorite hosts of all time; thanks to Buzzr being on Amazon. The only positive to this situation is that they stream some of their shows on Twitch. However, a linear stream of a select few shows is not going to permanently fill the giant on-demand gap left by leaving the streaming service.

I believe that more of the unique classic US programming could disappear from Amazon very soon, as it has already begun to happen slowly. I had been enjoying 50s & 60s sitcom The Donna Reed Show, recently. I was halfway through season one and looked forward to continuing my journey with the Stone family. However, it has now been removed from Amazon, and the only way I can see it is by searching on Youtube or buying on DVD. These are both valid options, but let me explain the reasons why they’re not practical.

Most shows are either not on Youtube, or are uploaded in extremely bad quality. It also lacks the convenience of being able to click through the episodes, watching one after another quite easily. I also believe that when something is officially available to stream on a service like Amazon or Netflix, it encourages them to invest in further vintage programming of the same nature.

In regards to buying on physical media, it’s an expensive undertaking. For most series that are household names in America but unknown in the UK, it requires the title to be imported. While postage can be relatively cheap, the actual item can be pretty costly. I have occasionally imported series of Threes Company and Sanford and Son, but do not have the funds to do this regularly. I often find myself getting a bit jealous when I see an American friend picking up several boxsets for a few dollars at a second-hand store!

So what is the solution? I hope that a UK aimed streaming service decides to stream more classic US shows, but I won’t hold my breath. As a people, we seem to stick to a few US favorites then continue with British classics. I am pretty proud of my British heritage and the programming we have created, but much of it is repeated into the ground here. I suspect that Americans feel the same way about their programming, but I cannot be certain.

JOIN THE CONVERSATION: BE SURE TO CHAT ABOUT THIS SUBJECT ON THE OLD TIME REVIEW FACEBOOK PAGE.

Sat Jan 5 , 2019
In episode 1 of The Old Time Review Show Podcast, British podcaster Jamie Irwin talks to us about five classic films that he would recommend to anyone. Listen Don’t forget to rate, comment and subscribe […] 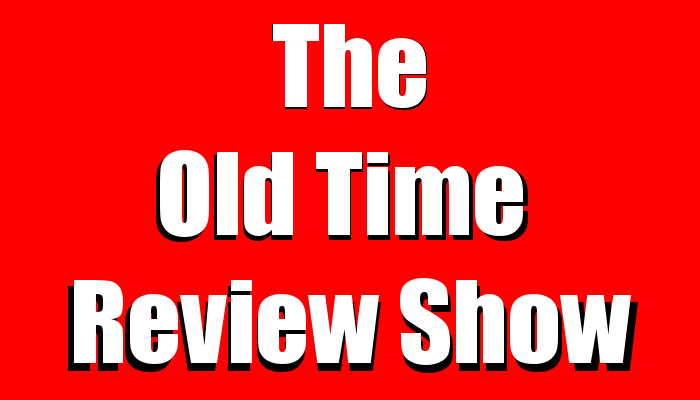