“Born in 1989, I didn’t experience older films, TV shows, Radio and music in the context they were created in. My goal is to utilize that perspective, and discuss the role of vintage media and entertainment in the modern world.”

Hello! My name is Jamie Dyer and I’d like to welcome you to the first Vintage Media Millennial Blog post. Some may remember me for writing the weekly My Week In Vintage blog for this website between 2018 and 2020. After some thought, I feel that idea had run its course. I struggled with major writer’s block, losing count of the days sat wondering what to write about. The website, as a result, has experienced something of a drought recently; I had a dermination for that to change. I never like rebranding, but I felt the website needed a regular blog with a purpose and possibility for content.

It was while listening to a pre-made Spotify playlist that I stumbled upon a track that fueled my mind. The innuendo-filled ‘You Played On My Piano’ by Hardrock Gunter was the record; There was something magical in its vocal delivery, catchy instrumental hooks and timing. Hearing the track inspired this post, and helped to fly past my writer’s block; If only for a short time.

Starting afresh, I want to explore several areas of the vintage world, writing from the perspective of a millennial; A term used to describe an age demographic born between 1981 and 1996. Born in 1989, I didn’t experience older films, TV shows, Radio and music in the context they were created in. My goal is to utilize that perspective and discuss the role of vintage media and entertainment in the modern world. So, if you’re ready, here we go!

I often go looking for what I call “new old material”; A term I coined to describe a track of a certain vintage that I haven’t come across before. After exploring the delights of the mainstream, there comes a time to delve deeper into the annals of the archive. It differs depending on who you are, but I would define these as records which either:

I nearly added “artists who recorded something before they were famous” to that list! I then realised those recordings always get released as a hits package after the artist gains prominence.

In search of perfect obscure recordings, there are always a set of challenges that await you.

Firstly. Availability can be a little sketchy at times. Original pressings can be hard to come by, so other options come in handy. The likes of Spotify and Amazon are filled with millions of tracks, but I’m sure there are many more missing. Some best-selling tracks from the 1990s are unheard of on streaming services; A common problem in the music industry. The difference with newer tracks is someone originally involved is likely to still be alive to fight for their reissue.

Tracks from a faraway era require someone, often a stranger, willing to invest in their future; If the recordings can even be found, digitized and ready for distribution in the first place. Record labels like Bear Family Records, issue compilations with obscure recordings in specific genres; A sign there are warriors out there willing to fight. Their work is invaluable to the preservation and ongoing discovery of the rarest musical treasure.

Secondly. Sound quality can be an issue when digging out scarce material. This is because it comes from a time that wasn’t so conscious about preserving the moment. In the case of early Rock ‘n’ Roll records, much of it was discarded; Cited as nothing more than a money-making fad that served no use beyond the first six months. Labels were sometimes fleeting affairs that came and went, and their material either moved or disappeared. Many of the original master sources were either lost, wiped or destroyed, making modern discovery even harder. Rare pressings that survive are transferred to contemporary mediums and distributed, but their sound is not always ideal. Often, I come across a dodgy transfer that emphasizes the wrong frequencies, or a record covered in analogue/digital artefacts. In the end, when all is said and done, I feel thankful to be hearing anything at all!

Lastly. artists who record only a handful of songs rarely have a lot written about them on paper. The material on record may be superb, but sometimes more context is needed to get the most out of it. Last year, I reviewed a 10-inch vinyl release from Bear Family Records called The Mystery Of Dennis Herrold. It collated the singer’s few recordings and a booklet full of hard to find artist information. Seeing the known parts of Dennis’ background helped to identify more in his music, and gather much overall value. Unfortunately, not every act left clues as to who they were and what they stood for; This is the challenge facing the collector who wants to look behind the music.

Comments and suggestions are always welcome. Contact the writer of this blog by emailing Jamie@OldTimeReview.co.uk, tweeting @OldTimeReview or visiting Facebook.com/OldTimeReview.

Name an obscure record you discovered recently that should be heard! 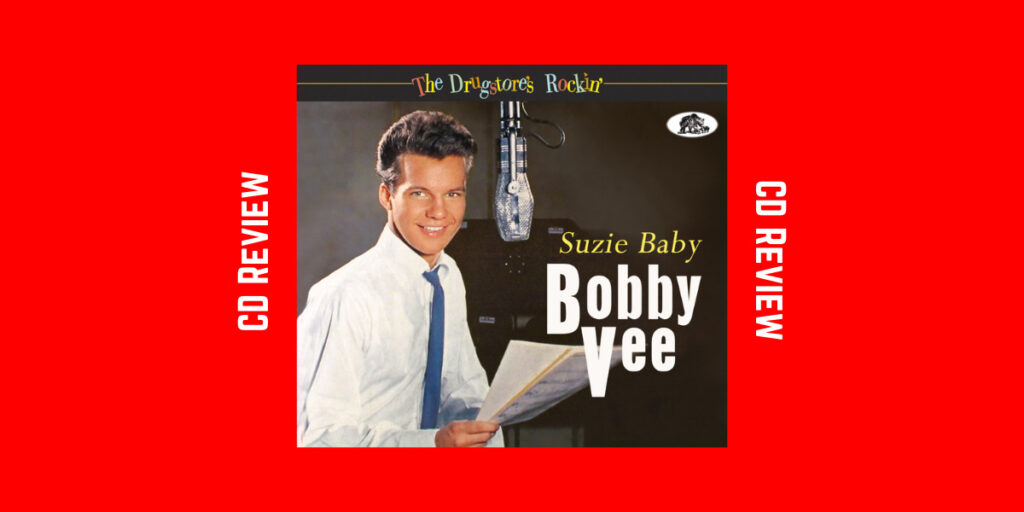