Helloooo Baaaby: Why I think the Big Bopper’s legacy shouldn’t be forgotten.

February of 2019 marked the 60th anniversary of the tragic plane crash that killed three performers from the era. Eventually known as ‘The Day The Music Died’, it claimed the lives of the pilot, Buddy Holly, Richie Valens, and J.P Richardson (Known as The Big Bopper). Since that fateful day, Buddy’s legacy has lived on through re-releases, overdubs, biographical movies and countless bouts of praise from musicians that have followed. He has been celebrated for his innovative ideas around songwriting and composition; inspiring generations. Although on a smaller scale, Richie Valens has also been celebrated through movies, cover versions and praise. Compared to the other two, it seems that the Big Bopper has been largely forgotten.

It can be easy to dismiss The Big Bopper as nothing more than a novelty one-hit wonder of the era, but he was more than that. Beyond his self-written song Chantilly Lace, lay a small but neat catalogue of performances that are surprisingly strong. JP, who was a disc jockey before and during his music fame, created a persona that sold records but has hurt his credibility retrospectively. Underneath the image, is a competent songwriter with an ability to create songs with character. There is also a hint of a forward-thinking vision in regards to future trends.

Certain songs from his collection have been covered by many artists over the years, many missing the little quirky sections that exist in the originals. He is also responsible for writing George Jones smash hit White Lightnin’ along with Johnny Preston’s number one song Running Bear. Given the chance, more hits could have easily come for the man.

Aside from his ability to write catchy songs, his voice wasn’t bad either. The seemingly infinite energy that he seems to display in front of the microphone could be due to his experience in broadcasting, but his brilliance wasn’t all about a well-honed personality. Tracks such as Crazy Blues and Beggar To A King and Teenage Moon show a different side to JP, one that can handle straight Rock n Roll, Rockabilly and Country music; without the trappings of his zany persona. Even Big Bopperism laden songs like Walking Through My Dreams are decent ditties that would fit in with any Rock n Roll album of the era; it’s only the constant laughing and jesting that sets them back.

It’s also worth noting that aside from the music, JP Richardson is often credited with creating the first music videos. Whether this is true or not is debatable, but worth a mention nonetheless. Filmed imagery for Little Red Riding Hood, Big Bopper’s Wedding and Chantilly Lace might seem basic by modern standards but show an ability to create hooks far beyond the music.

legacy of the Big Bopper may not be remembered in the same light as Buddy Holly and Richie  but does deserve a chance to be rediscovered by a whole new generation. Some of the songs may seem a little politically incorrect by today’s standards, but should not be consigned to history for that reason. There have been rumours of a Big Bopper movie in recent years, but funding appears to be an issue.

Since the passing of his son in 2013, there has been a very little activity from the estate of t Bopper, I hope this will change in the future.

Are you a fan of The Big Bopper? What’s Your favorite track from his recordings? Leave a comment below!

One thought on “The Big Bopper – Re-evaluating the legacy”

Sat Mar 9 , 2019
Fans of vintage Hollywood films rejoice: A classic movie has been given a new lease of life… As part of their Masters Of Cinema series, Eureka Entertainment has released a […] 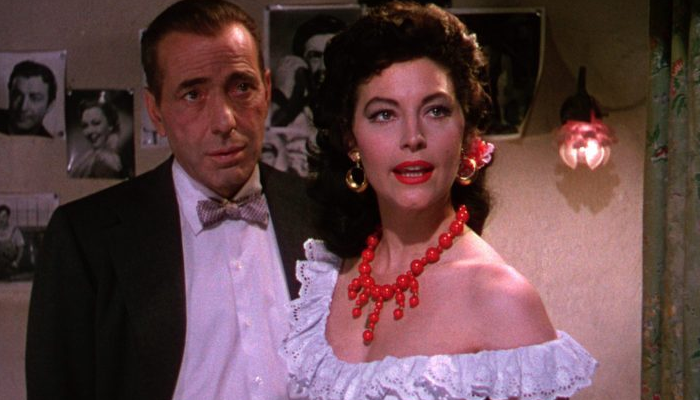