In a flashback edition of the blog, I discuss my love for the work of Hanna Barbera.

Hello and welcome to another Vintage Media Millennial blog. This is actually one which I have had on the back burner for a while. I wrote large sections of it back in 2020, then decided not to continue with it. I’m unsure what the reason for abandoning is because I still agree with much of what was written.

The familiar cartoons of Bill Hanna and Joseph Barbera were always a constant for me growing up. In the 1990s and early 2000s, the BBC went through a period of broadcasting their material in the afternoon; The Flintstones even made it to CITV for some reason! I’d watch a much broader range via the Cartoon Network on Sky; Viewing such classics as Help! It’s The Hair Bear Bunch, Wacky Races, Captain Caveman and the Teen Angels, Josie and The Pussycats, A Pup Named Scooby-Doo and The Flintstone Kids.

What was it that drew me to these toons? Many things. Even after all this time, I still have a fondness for the animation style. Although basic in nature, I always felt it allowed other elements to take centre stage. Much is said about its limited nature, but it has a charm of its own. It was sometimes termed radio with pictures, but I don’t see that as a negative. Many of those series utilised talent from the golden age of radio, and that is a huge plus! Experienced voice actors, such as Mel Blanc and Alan Reed, created memorable characters using the cleverly written scripts they were presented; Some of which were recycled from radio..

My recent interest was sparked after spotting the complete series of The Jetsons on Amazon Prime, and realizing I hadn’t seen the show in over 15 years; It is one of the few series that hasn’t had a DVD release in the UK. When watching those episodes after so long, the weekly adventures of George, Jane, Elroy Judy and Astro felt nostalgic yet new at the same time.

Being one of the first prime-time animated shows on television, a lot of the humour flew right over my head. Jokes aimed squarely at women drivers, thinly veiled innuendo and dated attitudes were not something I expected to see, but I should have. It is understandable that a sixty-year-old cartoon is likely to have some content deemed inappropriate today, and I fully accept that; The less said about the 1980s version the better.

My visit to the Jetsons led me toward revisiting some other favourites. I am able to do this quite easily, as I have collected a fair number of their shows on DVD. Complete series in my collection include The Flintstones, Top Cat and Hong Kong Phooey; The latter seeming problematic yet charming at the same time. The ‘number one super guy’, voiced by Scatman Crothers, could be seen as somewhat divisive these days. It is fair to say I loved this show growing up, not knowing any of the context of anything they referred to. Crothers is a master voice-actor, who portrays the main character with a lovable yet arrogant charm. Gotta love the theme tune too!

What was your favourite Hanna-Barbera cartoon?

On The Dancefloor With Joey Dee & The Starliters

Tue Jul 12 , 2022
Remember the days when a certain type of music filled the dancefloor and the dances that came with it? On The Dancefloor With is a new series of compilations from […] 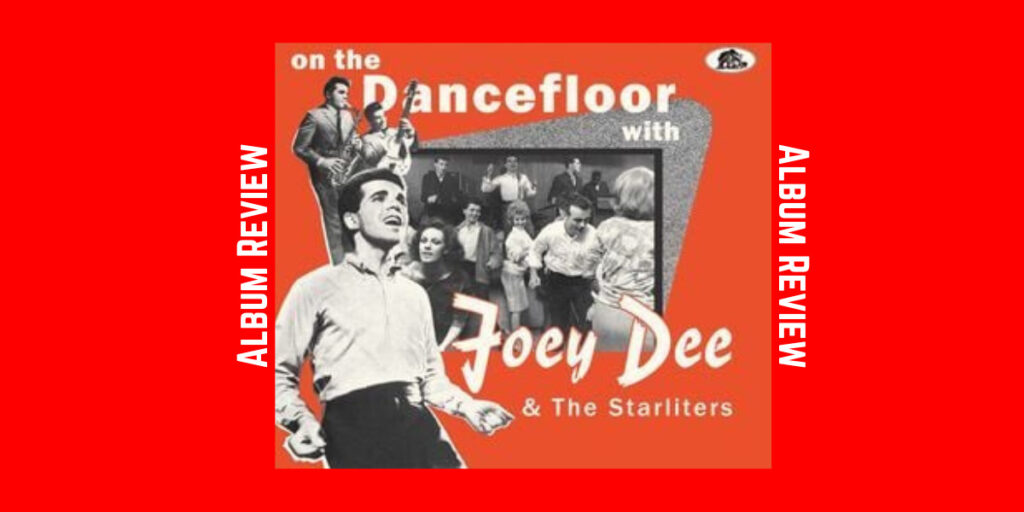