Hello and welcome to another edition of my blog on Old Time Review. I gravitated towards music this past week, as normally happens this time of year for me. As record labels plan to release records for the Christmas market, there is plenty of music to mull over through the period.

When I heard the news that there was to be a new Bing Crosby Christmas album with the London Symphony Orchestra, I was a little confused. Updating vintage artists with new orchestral arrangements is all the rage, but many of the previous acts lacked an orchestra in their original recordings. Bing, at his best, utilised the sound of an orchestra. It will be an easy sell for the nostalgia hungry consumers of the season which has the possibility of exposing Bing’s music to new audiences. Whether these new versions will do justice to the artist remains to be seen. However, I am looking forward to hearing Bing’s voice once again this Christmas. The new album, Bing At Christmas, will out on November 22nd 2019

I first discovered Hank Mizell during the BBC’s first year of repeating Top of the Pops; the featured year was 1976. Mizell was flying high in the top three of the UK charts, thanks to a reissue of his 1950s recording of ‘Jungle Rock’. The track ranks among my all-time favourites, and I have sought to discover more from Hank. Ebay.co.uk came to the rescue, as I picked up a copy of his 1976 album. Named after his hit, the rest of the recordings are mostly covered songs with a similar flavour; produced in Nashville with the 1970s production shine. Versatility may not have been Mizell’s strong point, but a competent selection of musicians backed his voice. The likes of D. J. Fontana, Alan Moore, Leo Jackson, Jimmy Dempsey et al provide a nice sounding album of danceable Rock n Roll tunes. I particularly appreciate the way they spread the production across the stereo field, allowing clearness for each instrument. Unissued on CD for twenty years, I would love to see a complete collection of Hank’s recordings come to the format for people to discover.

Sun Oct 20 , 2019
Hell and High Water is a 1954 Cold-war submarine film. It stars Richard Widmark as Captain Jones. Working as a mercenary for a mysterious scientific group, he must gather his […] 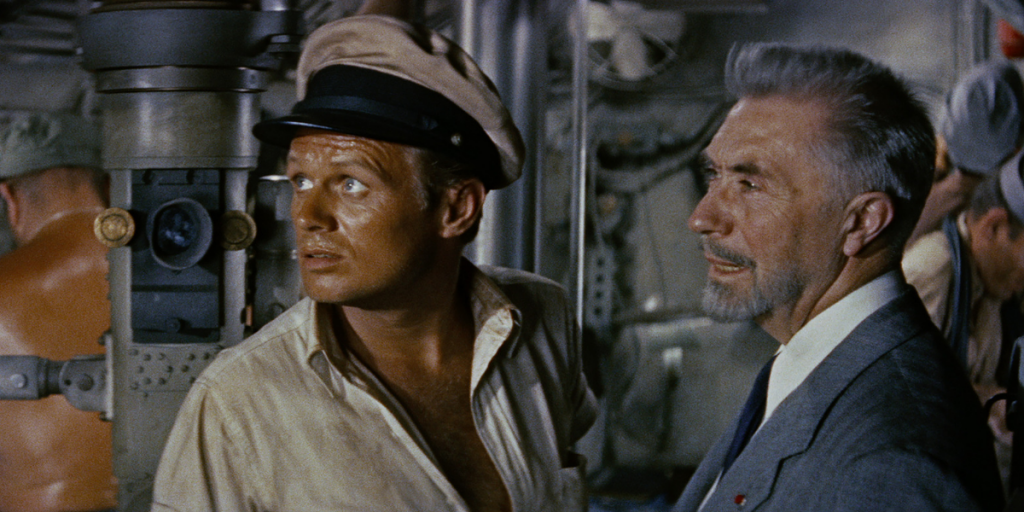