Last week, I had the opportunity to appear on another podcast, which I have tried to do more of recently. For an episode of Yesteryear Ballyhoo Revue, I spoke to host Zach about my favourite voice artist of all time; The legendary Mel Blanc. It was a delight to talk about this subject, as it is something very close to my heart.

Like many people of my generation, I grew up with the man of a thousand voices, thanks to reruns of classic Looney Tunes on CITV and Cartoon Network during the 1990s. Despite many of the productions being made in a bygone era, their age never put me off enjoying them; The wacky mix of visual humour and Blanc’s unique delivery kept me coming back for more. In case anyone is interested, Daffy Duck was always my favourite Looney Tune; I’ll perhaps disclose more details as to why in a future episode.

It is only in the last five years, that I have begun to dig deeper into Mel’s repertoire, and discovered a treasure trove of TV and Radio appearances.

Of all his work in the live-action medium, Mel’s performances on the Jack Benny Program is some of the best remembered. His appearances, which stem from radio, as Professor LeBlanc and other side characters, regularly stole the show. I remember a particular Christmas episode where he played an agitated store clerk, Blanc was always seeming able to muster up enough performance energy to really sell the gags. So much so, that the aforementioned main star, Jack Benny, is often seen trying to suppress laughter. For the master of deadpan humour and silence to essentially corpse like that, demonstrates Mel’s ability to generate laughs.

Other work in Mel’s TV catalogue mainly consists of a series of cameo appearances on early hits. I’ve spoken in the past about his excellent appearance on Dobie Gillis, playing a store clerk. Another that springs to mind is the hilarious stint on the TV series Angel. Now I’m not talking about the Buffy spin-off, but rather a sitcom starring French actress Annie Farge that ran for one season between 1960 and 1961. Blanc’s cameo as a brush salesman is, in my view, one of the greatest in situation comedy. “Good morning sir or madam”, he starts. Working his way through his sales pitch, he is interrupted several times. Upon each instruction to carry on, he begins the script all over again! The pacing of Mel’s delivery and the blank (If you’ll pardon the pun) yet telling expression says it all. I recommend checking out the scene on YouTube, or wherever you have access to the show.

Now I realise some may expect me to talk about his work in television animation on this podcast. His work on Hanna Barbera was a key part of my visual viewing as a child, but I do plan to touch upon it another time.

So what else is there to say? I’ve said enough. If you have anything to say about the shows mentioned in this podcast, you can email Jamie@OldTimeReview.co.uk, tweet @ABritTalksVTV on Twitter or check out the Facebook page, Old Time Review. This is Jamie Dyer signing off.

Sat Aug 14 , 2021
Continuing their long-running series of compilations, Bear Family Records have compiled an album that celebrates the rocking material of Sonny Burgess. A popular figure in the world of early Rock […] 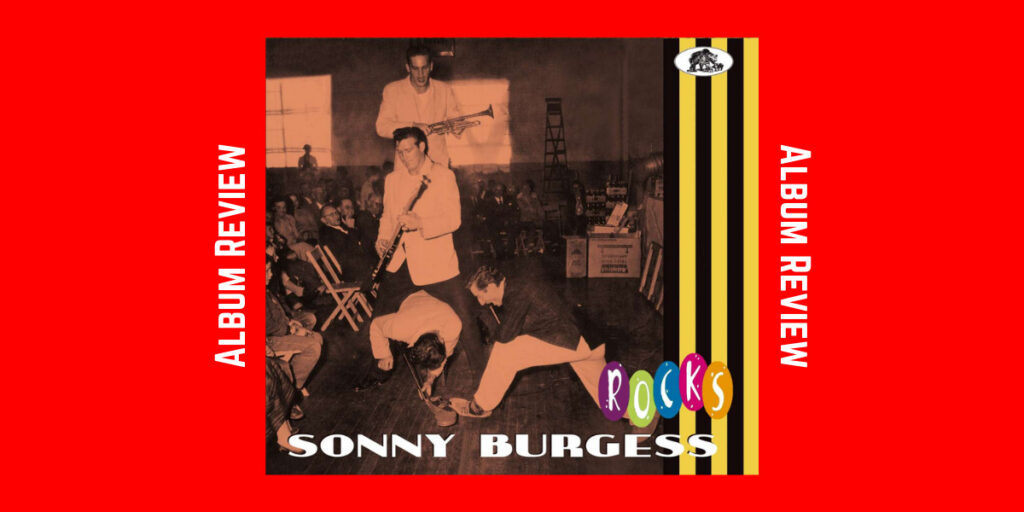