This new set from BGO Records comprises four original Charley Pride albums presented on two discs with an attractive slipcase displaying the cover art for all four albums. It contains also an extensive booklet with information on each album, photographs and biography on Pride, as well as his personal testimonial on the Hank Williams tribute album.

Burgers and Fries / When I Stop Leaving

The instrumentation here is typical of the first-rate musicians and producers who worked with Charley Pride in his days with RCA Records. This album was co-produced by Pride with top Nashville name Jerry Bradley. It feels sentimental and typical of what I would expect from Pride. The quality is second to none. The instrumentation, coupled with Pride’s accomplished yet completely organic, natural vocal style provoke such an emotional response in the listener.

A sombre yet sentimental tear comes to the eye and a hush falls over ones own breathing as much as the atmosphere in the room. Heartbreaking in essence, it has a tangible feeling as country music should. The second half of the album is more upbeat, lifting with tracks 6 and 7. Track 9 is a very country song, a proper heartbreak story designed to bring a tear. Rounding out the album, track 10 is gentle but heartfelt. In anybody else’s hands, You Snap Your Fingers would sound schmaltzy. But Charley Pride has a sincerity which lends anything credibility. This elevates any song beyond just a soppy country ballad into something quite classy. It’s like his simple sincerity equates to utter sophistication.

There’s A Little Bit of Hank in Me

Although this album starts well with original tribute song There’s A Little Bit of Hank in Me, this album really hits its stride with A Mansion on The Hill. For me, Charley shares equal billing with Lynn Anderson for favourite cover of this song. Something about Pride’s voice is just the epitome of perfection and does complete justice to Williams’ compositions. Once you hear a Pride version, you won’t want anyone else’s cover. It’s like there’s a little bit of Williams’ spirit in him. Although the arrangements can feel slightly off-balance with the sentiment and simple sophistication of Hank Williams’ work, it reflects the time and would have felt contemporary at the time of initial release in 1980.

Pride’s performances here even surpass Hank Williams Jr in echoing the emotional intent of his father’s work, for me. On the second half of the album, his rendition of I’m So Lonesome I Could Cry is definitive, for me. It was Pride’s intention to incorporate some tracks which have not been over-covered, as outlined in the sleeve notes (also included here in the booklet). He succeeds, with just enough that’s familiar, well balanced by a few slightly deeper cuts.

The Best There Is

These tracks are soft and contemporary, yet still have the punch we come to expect from Pride by 1981. The album has a lot of life. It is tasteful, very of the moment. A great example of how Charley Pride consistently manages to update and sound contemporary, modern and relevant, while still keeping his own essence and style at the front of everything he does. In track 3 (Love on a Blue Rainy Day), the female backing vocals hark back to the countrypolitan backing style of the 1960s. They feel country, gospel, pop, classic and contemporary all at the same time. For this reviewer, who has a special place in her heart for mid-1960s country music produced in Nashville, it really tapped into the same part of me as many a mid-1960s Chet Atkins or Owen Bradley production. And yet, the production feels modern and fresh for the time.

The whole album feels very reminiscent in a way the previous two do not. For, though the Williams tribute album is full of reminiscent spirit, there seem to be so many markers here which take one instantly back to previous decades in country music. It has many of the best things of the past, yet Pride’s performance and the fine arrangements elevate this to a special hybrid of old and new. This is not cliche, despite being fairly nostalgic. Just enough nostalgia to make me love it, and enough modernity to give it broad appeal. Pleasing for fans and newcomers alike.

I love the energy of I Discovered You. With hints of disco and pop of the time, it has a lot of pep and hops along. Yet it’s just as smooth as the rest of the album. Everything flows together beautifully and keeps a very satisfying pace. The balance between light and shade is very well-judged.

Christmas in My Home Town

The moment this album opens with Christmas In My Home Town, festive cheer is immediately all around. I am always somewhat dubious about Christmas albums from any one artist, however this is a worthwhile showing. The first two tracks are rather whimsical when up against They Stood in Silent Prayer, as this is a much more meaningful affair in tone. This adds some gravity to what could otherwise be just another disc full of covers of holiday classics.

Rather than hearing a favourite artist giving pale renditions of your traditional favourites, this is a good mixture of those expected numbers and something a bit more challenging. It gives the festive mood some light and shade. Though even that shade does not linger long enough to bring the mood down; we are quickly back with family-friendly Santa and the Kids. Charley delivers this childhood message with sincerity. As a feel-good festive soundtrack, there are probably better. But as an album filled with genuine Christmas spirit, this hits the mark.

The quality here is second to none, with all tracks digitally remastered. The combination of albums is perfect. There is little better than a proper chronological set, presented in their original order. It preserves the intent and integrity of the music and all those who contributed. The Christmas album is the only thing that bucks this trend, although it takes little away from the rest of the set as it sort of stands alone anyway, given the holiday theme.

I have slight misgivings about the inclusion of three bonus tracks, as their only relevance seems to be their festive connection. They are from different years than the rest of the material here. Although, finishing this set with Let It Snow, Let It Snow, Let It Snow, leaves the listener feeling upbeat with a contented smile.

Despite including none of Charley Pride’s best-known tracks and from a time just at the end of his most prolific chart showings, Pride is shown at his best here. There are no wrong turns. Fans of Pride himself and general country music fans will all find excellent value here. A wonderful set, to either stand alone or beside other BGO releases, this is well worth owning. With the added bonus of the Christmas album, this set is released at the perfect moment.

Burger and Fries / When I Stop Leaving (I’ll Be Gone)

There’s A Little Bit Of Hank In Me

The Best There Is

Christmas In My Home Town

Burgers And Fries | There’s A Little Bit Of Hank In Me | The Best There Is | Christmas In My Home Town is available now from BGO Records.

Sun Nov 17 , 2019
Bear Family Records have re-issued 1962 album The Ventures play Telstar – The Lonely Bull as part of their 11000 collectors series. This is a very special reproduction of the […] 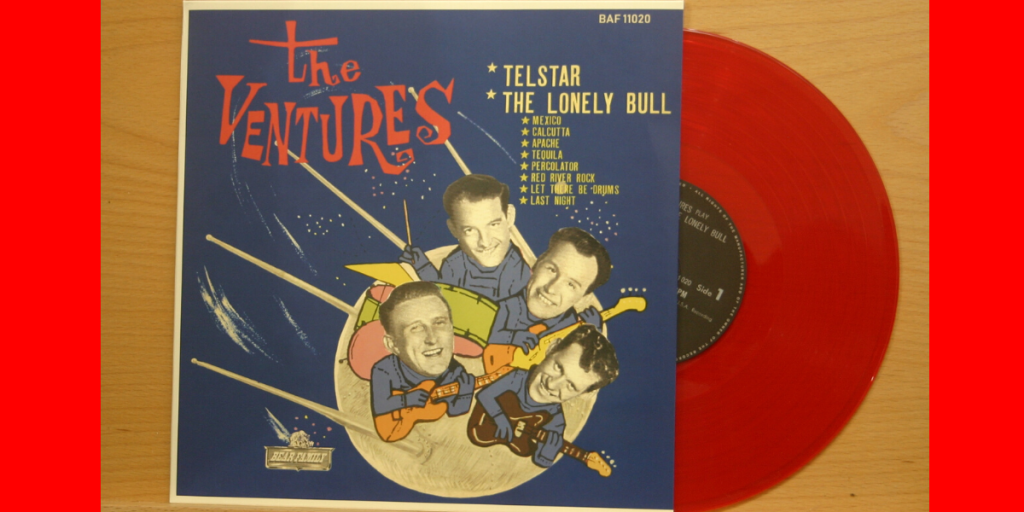