In the latest of Old Time Review’s TV-based polls, we’re asking whether you’re a fan of classic 1950s TV sitcom ‘The Honeymooners’.

Starring Jackie Gleason, Audrey Meadows, Art Carney and Joyce Randolph, ‘The Honeymooners’ only actually ran for 39 episodes as a fully-fledged half hour sitcom. There are many more episodes available, usually marketed as ‘lost’ episodes, varying in length from just a few minutes to well over the half-hour format. This is because the characters Ralph and Alice Kramden (Gleason and Meadows), a city bus driver and his wife, began life in sketch form. They grew in popularity as characters, with their appearances invariably including Ralph coming home from work to find that Alice has done something he doesn’t approve of; they then argue loudly and passionately, before making up at the end of the sketch. The introduction of their friends, neighbors Ed and Trixie Norton, filled out the world and made way for one of the most beloved and parodied sitcoms of the era. The Honeymooners stand-alone series was broadcast on CBS between October 1955 and September 1956, although the first appearance of the Kramdens was much earlier, in 1951, with Pert Kelton originating the role of Alice.

TO VOTE: Click on your desired choice, and click vote. After this, click anonymous vote. We have ensured that no extra data is compiled from voting, only the number of votes per choice.

This poll is no longer accepting votes

Sun Aug 4 , 2019
Released in 1950, Rio Grande is the third instalment in John Ford‘s cavalry trilogy. The acclaimed director began his now legendary trilogy with Fort Apache. This is where the character […] 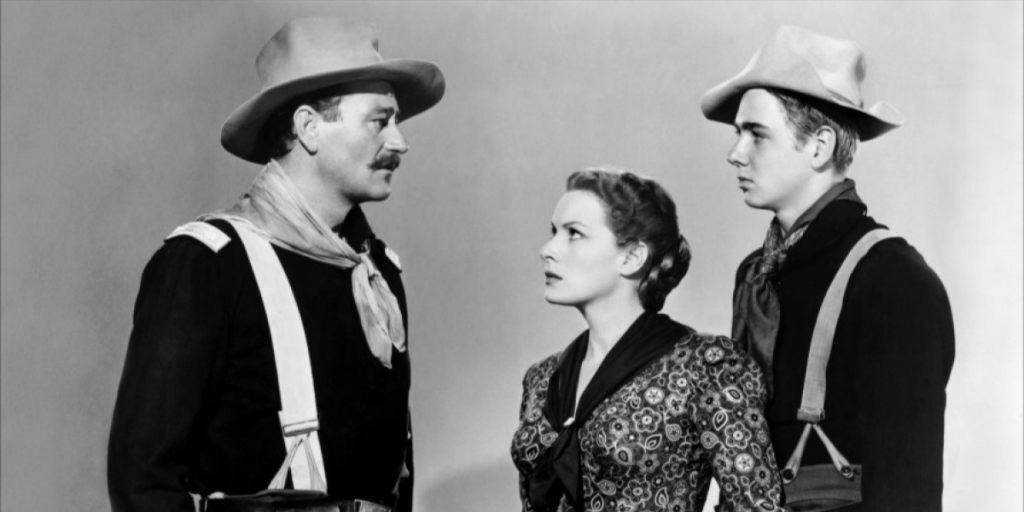