I absolutely loved watching classic ‘Looney Tunes’ cartoons when I was a kid. the Warner Bros theatrical short productions were never off my TV; either in their original form or via a compilation film. As with any child who saw these vintage pieces, most of the references sailed over my head. This was understandable as art tends to riff and reflect on their era. It was not until many years later when I began to research, that I discovered where some of the references came from.

An example I can give is 1950 short ‘The Ducksters’, where Daffy duck (voiced by Mel Blanc) acts as the host of a radio show called ‘Truth or AAAAHHH‘. The cartoon is a play on several different radio formats, including ‘Truth Or Consequences‘. The image of Daffy and his contestant Porky pig, standing in front of a microphone is a real throwback to the ‘Old Time Radio’ period. Although Britain had its own popular period of radio, it was well and truly over by the time I came along. Thanks to becoming an ‘Old Time Radio’, I have come to appreciate this cartoon for its universally funny situations, and for the blatant nods, it shoehorns in.

There are other cartoons in the ‘Looney Tunes’ archive that contain many references to Hollywood stars and movies of the era, a real treat for fans but puzzling for those who aren’t knowledgeable. I certainly would not have recognised traits from Jack Benny’s radio show in ‘The Mouse That Jack Built’, a show hardly repeated here in any form. As Professor Kathy Fuller-Seeley hinted in a recent interview I did with her, the cartoon was a way of first exposure to Benny’s comedy; leading to an interest in finding out more.

In some ways, the cartoon shorts exposed me to things that I may not have discovered otherwise; part of their charm. I often find it sad that many of the mid-twentieth century productions do not get much of an airing on TV, as today’s kids are missing out. Luckily, most of the classic ones have been made available on DVD and Blu-Ray…

NAME A REFERENCE FEATURED IN LOONEY TUNES THAT YOU DIDN’T UNDERSTAND AT FIRST!

Who Is Your Favorite Family Feud Host? 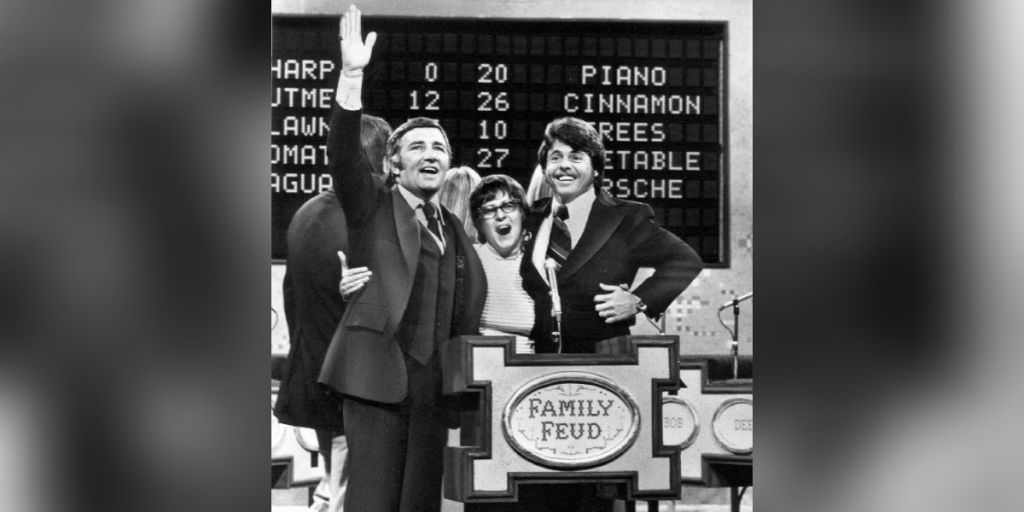