Firstly, I would like to take this opportunity to say how sad I was when I heard of the death of the Canadian-American game show host Alex Trebek in November 2020. I’m sure some of my British listeners will be asking, ironically, who was Alex Trebek. He isn’t as well known here in Britain, but I think many would know of Jeopardy, the show he hosted for over 35 years. That show, originally an 80s revival of a format by Merv Griffin, is quite simply one of the best game shows ever to grace the screen. Alex, backed by a wall of TV screens, hosted with charm, wit and intelligence. Along with his memorable moustache and distinctive voice, he was one of the old masters. Starting his career in the 1960s in Canada, he moved to the States in the early 70s. He then proceeded to work his way through the decades on a number of game shows including The Wizard Of Odds, High Rollers and Classic Concentration.

One underrated show from Trebek’s career was the Goodson-Todman format Double Dare. Unrelated to the Nickelodeon format of the same name, it was a show with revolving soundproof booths and a memorable end game; The latter, called Beat The Spoilers, being something of a precursor to The Chase. Double Dare only ran for a few months between 1976 and 77, notching up 96 episodes, but I really feel it was short-changed. The mechanics of play, and the tactics involved, made it a fun game that was way ahead of its time. With a little remodeling, I could see a modern version working out quite well this side of the world. Double Dare is available to stream on Amazon Prime in the US, thanks to Buzzr TV.

In addition to his many hosting roles, Alex Trebek also guested on many shows too. I remember seeing him on The Simpsons and Hot In Cleveland; Sending up his persona. He also appeared in a special game show hosts week on Card Sharks, the original American version of what we’d call Play Your Cards Right Those Appearances were memorable, but I think I may have found one that tops them all. In the 1970s, there were a lot of game shows with a focus on celebrity contestants. Shows like Match Game, Tattletales and Password thrived on the participation of a known face. Those formats gave names to long-established forms of fun. The show I’m thinking of took an already established activity and turned it into a show, and it is one of the best worst things I’ve ever seen. The name of the show? Celebrity Bowling!

Celebrity Bowling was a syndicated series, hosted by Jed Allan. It featured two teams of celebrities, two people per team, bowling against each other to win prizes for the audience. It ran for 144 episodes over 8 seasons between 1971 and 1978. I’ve seen about a dozen episodes, and it isn’t nearly as strange as it sounds. There was a show in the UK during the 1970s called Indoor League, made by Yorkshire Television. It featured members of the public participating in pub sports; It had a strange mesmerizing charm that drew you in, Celebrity Bowling feels like it has the same kind of magic. Obviously without Yorkshireman Fred Truman, a pipe and a glass of ale.

The other thing to mention about Celebrity Bowling is the astonishing list of celebrities they managed to attract to a show about bowling. You may scoff and say the list looks normal for a show of this era, but remember each and every person was BOWLING! Guests included Roy Rogers, Frankie Laine, Rosemary Clooney, Ernest Borgnine, Gary Owens, Arte Johnson, Peter Lawford, Steve Allen and Jayne Meadows, Bob Newhart, William Shatner, Anthony Newley, Dick Martin, Ed Asner, Lloyd Bridges, George Foreman, Richard Deacon, Rose Marie, Morey Amsterdam and so many more.

Aside from the guests, what was there to like about this show. I never thought I would get such joy in watching Laine help Clooney bowl successfully, or laugh so much at Jo-Anne Worley shouting at a red ball in her own unique way. I’ve just watched an episode where Dick Gautier and Scatman Crothers faced off against James MacKrell and the aforementioned Alex Trebek. The beauty of this show is that even when there is an obvious skill advantage to one team, you as a viewer don’t care. I could talk for a long time about this show, it is so hard to pin down to a few words. Episodes of Celebrity Bowling are available to stream on the FilmRise app.

Fri May 21 , 2021
Bear Family Records have created an album showcasing recordings made by Bill Carter between 1954 and 1961. Supported by the artist, the set includes a 10-inch black vinyl record, an […] 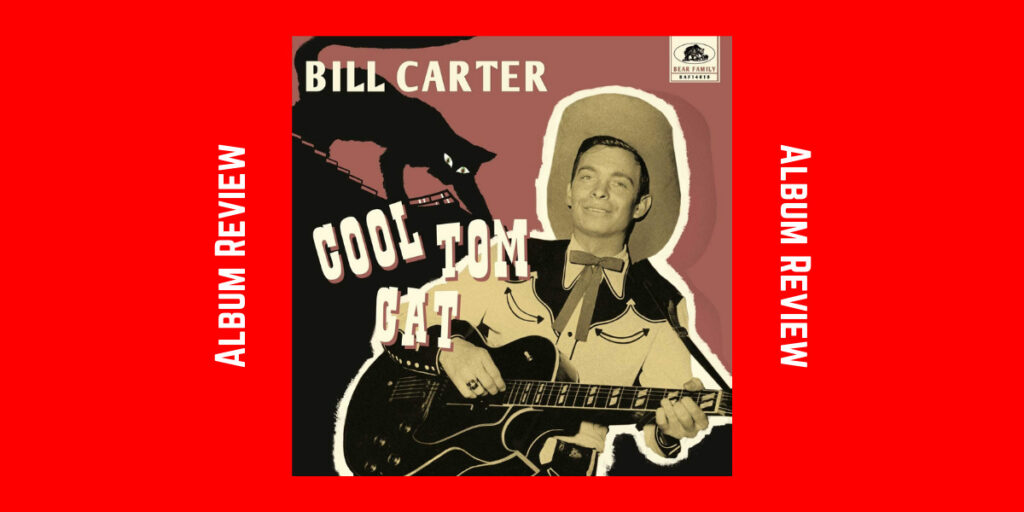