Peg Lynch’s The Couple Next Door ran on CBS radio between 1957 and 1960 and continued the format of earlier radio and TV show Ethel and Albert. Starring Peg Lynch and Alan Bunce, episodes of the award-winning 15-minute daytime serial are finally available to buy on CD and download; thanks to officially authorised releases through Radio Spirits. comprising the first 24 surviving episodes of the series, is this starter set worth picking up?

From the moment Ronald Binge’s delightful tune, Miss Melanie, begins, it sets the tone for the rest of the show; the British composer’s easy-going melody easing the listener in. In each 15 minute episode, a husband and wife react to normal, everyday events in such a way that the programme feels more like a fly on the wall experience than a piece of comedy-drama. They feel incredibly real. Aside from the theme tune, this daily radio sitcom feels British in sensibility. The laid back nature of the action resembles British pacing than many other American programmes of the same era.

Peg Lynch does not over sentimentalise. She simply writes what happens in everyday life. Every situation that pops up feels true. Her treatment of such mundane events as a husband being called away on a business trip at the last minute or a relative coming to visit feel vibrant and exciting, as if we are experiencing these things right alongside her. For a few minutes, the listener feels her sense of urgency about it all. The husband and their relationship dynamic exist with a significant amount of truth, but also affection. Mr and Mrs Piper’s approach to people, society and politeness are things which frequently pop up in episodes. The entire mood is so genuine. Lynch’s talent for shining light on everyday issues, and how she crafts each episode, is faultless. With each show running to 15 minutes, with trails and ads interspersed in between the action, the show never outstays its welcome. When one episode finishes, It is tempting to hear the subject of the next one.

Sourced from Peg’s original tapes, the sound quality is the best it has ever sounded. A treat for vintage radio fans, the recordings also feature the original trails for other programs on the CBS network. Although not the prime reason for purchasing this set, it is a nice Easter egg.

You may wonder if such mundane daily-life experiences could be relevant today, 60 years later. But, somehow, it completely is. Although in the world of The Couple Next Door they do not have many of the things that are now so much a part of our lives, this couple’s approach to life, parenting and each other feel as fresh now as they must have done from 1957 to ’60. In conclusion, The Couple Next Door fits its purpose just as neatly and efficiently as it did then; it entertains, leaving a chuckle and smile on the lips of the listener. It is funny because of its truth. We laugh mostly with the characters. They feel like friends.

The set is a joy to hear and highly recommended.

‘The Couple Next Door’ is available from Radio Spirits in the US, and Audible in the UK.

For more information about Peg Lynch, check out Jamie Dyer’s interview with her daughter Astrid, who discussed her mother’s career. For Peg’s official website, click here.

The Legacy Of Bill Cullen

Wed May 27 , 2020
Paige writes about the legacy of great American game show host Bill Cullen. In the world of game shows, few names are as renowned to fans as Bill Cullen. Known […] 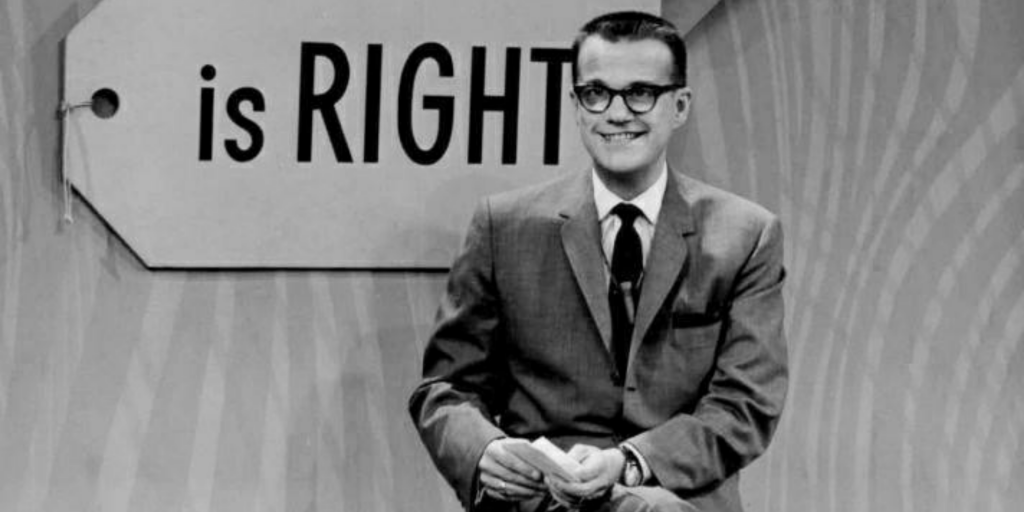