Have you ever imagined Tic-Tac-Toe in a trivia game? If so, you have TIC TAC DOUGH!!!

Since my last review was The Joker’s Wild, I thought it would be nice to give its sister show some justice in Tic-Tac-Dough. Produced by Barry & Enright Productions, Tic-Tac-Dough first premiered on July 30th,1956 on NBC daytime and in primetime on September 12th, 1957; hosted by Jack Barry. Gene Rayburn was the host of the show on a few occasions. However, in 1958 new hosts filled both versions with Jay Jackson, Win Elliott, and Bill Wendell, respectively. This was a show that was a victim of the quiz show scandal in the late 1950s and got axed in 1959. They revived it in 1978 on CBS Daytime with Wink Martindale but it was short-lived. The show survived through syndication, its most notable run. Martindale stayed with the show until 1985, when he left to form his own production company; Wink Martindale Enterprises. They filled his spot with Jim Caldwell, who did the show’s final season; ending in 1986. They revived it again in 1990, hosted by Patrick Wayne; this version is considered one of the worst game show revivals of all time.

Two contestants (one usually a returning champion) competed in a trivia version of Tic-Tac-Toe, with the champion being “X” and the challenger being “O”. Each of the nine squares had a category, and every one was worth $100 ($200 in syndication) and the center being $200 ($300 in syndication). The center question always had two parts and was known for the iconic thinking music in the background; giving the contestant time to think. Correct answers added money to the pot and shuffled the remaining questions and gave them that square; incorrect answers left the pot and square untouched. The goal was to get three in a row across, up or down, or diagonally doing so would win the game and the money achieved in the pot. In tie games, the pot was not affected and would continue to grow. Whoever would win the game, moved on to the bonus round for even more money.

Whoever won the main game would move on to Beat The Dragon for a prize package of around $2k-$5k, and an additional $1,000. This went through two variations.

First, we’ll talk about the CBS version. The nine squares now held 4 “X” and 4 “O” squares and the infamous Dragon. Every time an “X” or “O” showed up, it would add $150. The goal was to find Tic-Tac-Dough before hitting the Dragon; doing so won the game, $1,000 and the prize package. This version lasted as long as the show was on CBS, which wasn’t that long.

In the version most remembered, 6 squares held money ranging from $100-$500. One said “TIC” the other said “TAC” and of course the Dragon. This is the classic hit “X” or “Y” before hitting  “Z” formula used also on TJW. “X” of course being finding the “TIC” and “TAC”, “Y” being hitting $1,000, “Z” being the dreaded Dragon. Winning this bonus game also won an additional $1,000 or more depending on the cash amounts you hit without tic and tac, along with the prize package. A champion who won 5 games would win a new car.

The show has one big notable winner named Thom Mckee a lieutenant who won $312,700 in cash and prizes. He won over 40 games and 8 brand new cars. He was eventually dethroned by Erik Kraepelien.

Jack Barry and Gene Rayburn primarily hosted the 1950s versions. They were good but nothing matches the 70s version. Wink Martindale hosted the most popular run in the 1970s. This is the show most of us associate him with that isn’t High Rollers or Gambit. Wink did a fine job; he was always rooting for the contestant and was a pure gentleman.  Jim Caldwell picked up for Wink after his departure and while Caldwell did alright, the show just lost its magic without Martindale

Tic-Tac-Dough is the best game show to execute the tic-tac-toe style of playing in a game show. It had fast and quick play, one of the best themes in game show history and an iconic host. However, lots of it is just copied and pasted from TJW. The set is set-up in the same way, question writing is still on the easy side, 5 wins for a car, and XYZ bonus game formula, even some of the categories. I would have loved if they tried to be a little different in those regards but it’s made by the same people, so what do you expect?

You also have that cheap problem where the dollar amounts could have had a huge upgrade by 1983; especially the prize packages that never passed $5k. Considering the fact that sometimes the pot could be just about $5k alone, you could win more in the main game than you could in the bonus game which almost makes the bonus game seem pointless if that’s the case. However, this is still something I recommend to people because it’s a great show with a lot of enjoyment that can be found, despite its flaws.

Sun Sep 8 , 2019
Eureka Entertainment are bringing one of the most revered western films of all time to Blu-ray for the first time in the UK. Starring Gary Cooper and Grace Kelly, High […] 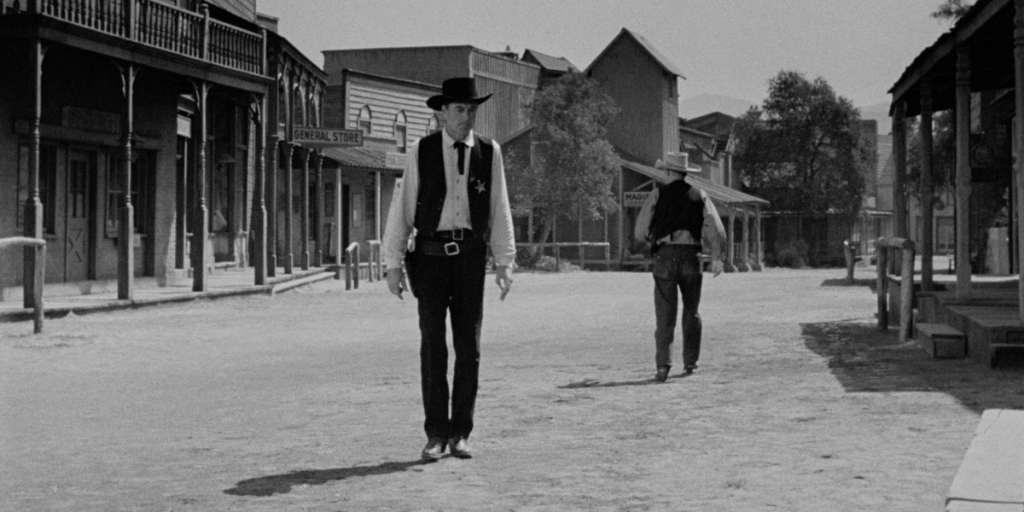