Last time around, I reviewed Password and discussed how it was a trendsetter in the game show genre.

After failing to sell Pyramid to Goodson-Todman, Password creator Bob Stewart left. He then formed Bob Stewart Productions and produced Pyramid himself, with Dick Clark & Bill Cullen at the helm at various times.

However, what happened to Password? While Pyramid was achieving much success and saw various formations from $10k to $25k in the ’70s, Password would get cancelled in 1975 for several reasons.

This didn’t stop Goodson-Todman. 1979 would see Password revived as Password Plus. Just two years after that version faced cancellation, they revived it as Super Password. I’m combining the review of the two shows together because of the close lifespan and barely any format changes.

On January 8, 1979, Password Plus debuted on NBC, hosted by Allen Ludden. Ludden’s time on the show was short-lived due to a battle with stomach cancer that caused a leave of absence in April 1980. Bill Cullen stepped in to fill his role for a few episodes before Ludden’s return. Further health problems would come around in October the same year, which Ludden would never return from. Cullen was originally slated to host again but was already tied up hosting NBC’s Blockbusters. Tom Kennedy stepped in until the end of its run in March 1982.

On September 24, 1984, NBC revived the Password format as Super Password. Fronted by Bert Convy, it lasted until March of 1989. This would be the last network show Convy hosted before his passing of a brain tumor in 1991. This was also what caused him to leave the 1990 revival of Match Game before it was picked up by ABC.

The game starts off as basic Password, where you try to get your partner to guess a word using one-word clues. However, the words used are now put into a puzzle as clues to a subject or phrase. There would be 5 clues to the overall puzzle. When a contestant guessed the word, they would have the right to guess what the overall answer may be. Each puzzle was worth a certain amount of money, starting at $100 and going up to $400. In Super Password, the goal was to reach a certain amount of money to win a game. Password Plus’ original winning amount was $300 but later on during Kennedy’s run changed to $500. Super Password’s amount stayed at $500 throughout the whole run. Winning the game would give the player a chance to play Alphabetics/Super Password Round for more money. Super Password also had a CA$HWORD after the end of the second round giving the winner of the $200 a chance to play for separate bonus money.

Winning the game would crown a champion who would play Alphabetics or Super Password Round for $5,000 (or an increasing jackpot in later Password Plus or Super Password which started at $5,000). The celebrities had 60 seconds to get their partner to guess 10 words. The first word would start with a certain letter and go alphabetically to another (e.g. A to J, or M to V). Each correctly guessed word was worth $100 and guessing all 10 won the $5,000 (or the jackpot). If illegal clues were given (two-word clues, hyphenated words, hand gestures) the total winnings would be cut by 20% on Password Plus. Later, on Super Password, illegal clues just forfeited the jackpot but would still earn the $100 for each correct word.

Allen Ludden originally hosted Password Plus, and he was just as sharp as he was in the original version of Password, if not better. Sadly, we only got a year of Ludden on Password Plus, but this was Ludden at his finest. While his successors Bill Cullen and Tom Kennedy both did great jobs in their own way, Password Plus is Allen’s show deep down.

Super Password was hosted by Bert Convy and he did a very respectable job. Some people even prefer him over Ludden and I can understand why. Convy had better comedic timing than Ludden. However, I feel Ludden was much more “in the corner” of the contestant. As Jamie stated in his blog on Ludden, he had, an “anti-game show host approach”. He also got more and more excited as a contestant kept progressing in Alphabetics, which made the $5,000 win much more of an accomplishment in a way.

I incorporated both of them together because, except for CA$HWORD, they’re essentially identical. They did a great job taking a format – which I complained about originally in my Password review for being too simple – and making it more complex to where the audience guessed the puzzle a lot before the contestants & celebrities did.

Sadly for Password Plus, it was doomed by Allen’s death as well as a format change to $500 that killed it (in a similar way that led to Richard Dawson’s Family Feud’s demise by adding too much game as well as inconsistent time slots). In the original Password Plus format, the first two games were worth $100, and the third was worth $200 meaning a minimum of 3 puzzles could win the game but, when they changed to $500, the first 3 games were worth $100 and the fourth and after was worth $200. This would often make games much, much longer to where they would take at least an episode to complete, with contestants also switching celebrities mid-game instead of after Alphabetics as it originally was.

While I applaud that they added a jackpot for Alphabetics in Kennedy’s later end of the run, it was too little too late. As for Super Password, I like how they added $100 each puzzle, but I think they should’ve started at $200 for each puzzle as it takes $500 to win and if you get the $100 you need the $200 and $300 puzzles, versus the $200 where you can just get the $300 puzzle afterwards to win, and it’s happened on a few occasions. I also like the CA$HWORD because it did involve some work, as usually it was a difficult word. As the format was better than later Password Plus, it doesn’t beat the original Password Plus format because the first puzzle almost seemed meaningless because of a flat $100.

In short, I recommend you watch both shows because they’re both really good, despite their flaws. Password Plus even beat Pyramid in 1982 for an Emmy in Outstanding Daytime Game Show during Pyramid’s years of dominance. It’s a show you can easily play along with and an important landmark in the Password lineup.

The Brady Bunch: In a Time When Family Really Was Everything 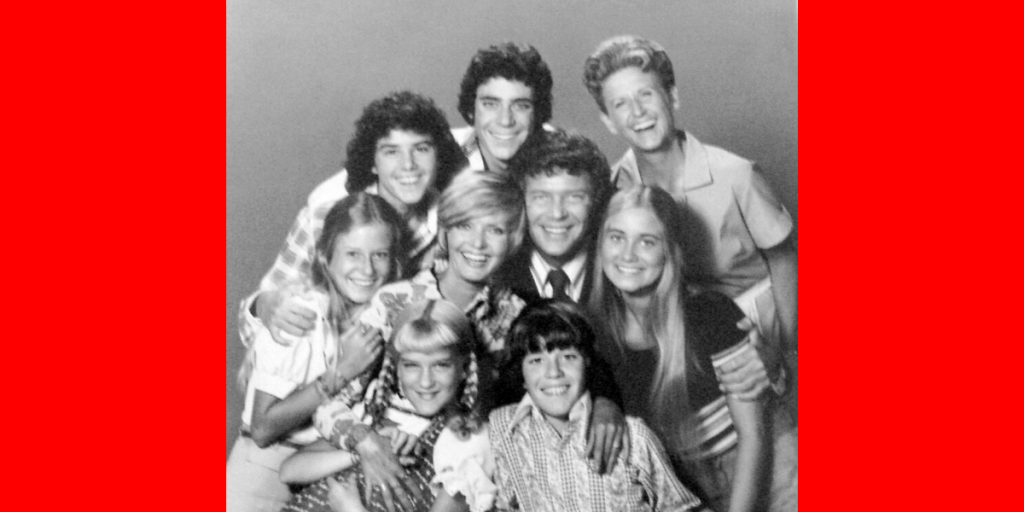